The Tokyo Motor Show will take place in October, and while there is the small matter of the Frankfurt Motor Show to get out of the way first, we are a little excited about some news that is coming out of Toyota. There is a suggestion that Toyota could finally launch its open-wheel sports car.

We have to remember to be a little skeptical; as we have heard such rumors before, but we live in hope that this could finally be the year. While we presume this will be a new rival for the Ariel Atom rival in 2015, we have to point out that it is highly unlikely to look like the image at the bottom, and more so the picture just below. 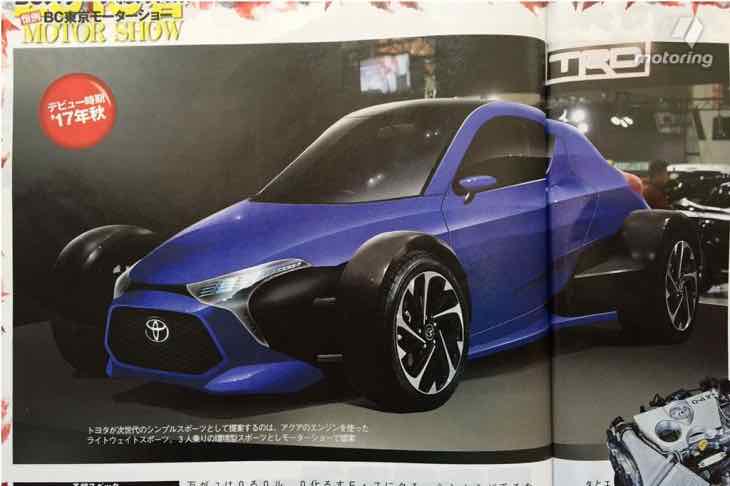 This new Toyota open-wheeler is rumored to come with three seats, with power coming from a 1.5-liter engine, along with a hybrid system for increased performance. While this set-up is not expected to produce a huge amount of horsepower, with the vehicle being so light it is not too much of an issue.

While this vehicle could be launched this year, it is not expected to go into production until 2017, and so a lot can change by then. We do hope so, as the design is not one that makes us sit back and go wow.

Maybe Toyota should think of coming up with an all out rival to the Ariel Atom and also the KTM, which are two off the best open-wheel sports cars on the market?