Today Toyota announced yet another recall, this time for the 2011 Sienna minivan. The reason for this is due to the stop brake light switch, which in some cases could become deformed by the driver’s foot. As you would imagine there are many questions, which you will be able to see for yourself on Toyota’s Customer FAQ.

This is now the second recall involving the Sienna this year alone, the first was in April and was due to rusting spare tire holders. However, looking at the overall picture, 2010 has not been a very good year for Toyota when it comes to their build quality. We had hoped that they had managed to solve these kind of issues — but what would you expect from mass produced products such as cars? 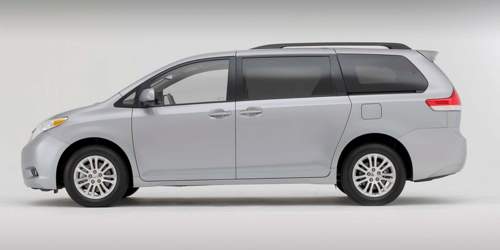 We are informed that those who own one of the Sienna models affected by this recall will receive details early next year once enough replacement parts have come in — not exactly rushing to get the issue rectified. The recall covers 94,000 2011 models that were made before the early part of November 2010.

Some of the questions being asked are why Toyota took this action? What warnings are there? Have there been any reports of accidents and many more? For the complete FAQ list visit Toyota. Even though the Japanese automaker is facing yet another round of recalls the company is still upbeat, Greg Keenan from The Globe and Mail has been reporting on what Yoichi Tomihara, president for Toyota Canada Inc has been saying. How can an automaker have that many recall and still have good sales and even more positive forecasts?