With the 2014 SEMA Show ready to take place at the Las Vegas Convention Center from November 4 to the 7th, it is no surprise to see some car makers teasing us what they will be bringing to the event, the latest of which is Toyota. Not long ago they offered previews as to its 2014 SEMA lineup, along with a multitude of photos to go with them.

The collection of vehicles were teased to the media and we can see they consist of a range of TRD SUVs, trucks and customized Sienna minivans. Each year the Japanese auto manufacturer team up to offer very special versions, and this year it is DUB with an all-new custom widebody Yaris DUB Edition and Sienna DUB Edition models. 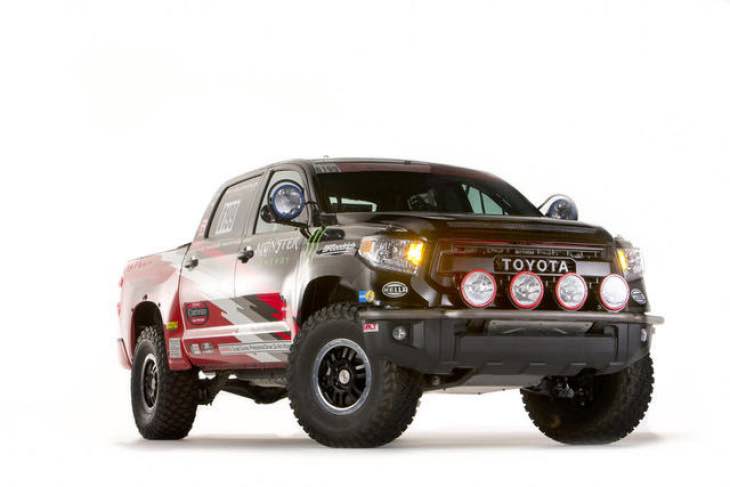 However, what grabs our attention are the Toyota Tundra, Tacoma and 4Runner trucks with a touch of TRD thrown in to add that something special, and they certainly do that. On a personal level the return of last years Tundra Pro Desert racer is my standout vehicle, as it truly is awesome.

For those of you who would rather something new, the FT-1 concept could be for you, and while Toyota did not show this off on the many images, which you can see over on AutoGuide, you will be able to learn more during Toyota’s press conference at SEMA early next month.

Please take a look at those images from the source and let us know what Toyota vehicle you are looking forward to most at SEMA 2014?