Many car manufacturers show the world some impressive looking concept cars, but unfortunately they never make it into production. Toyota who has been teasing the world with one of its concept’s over the last two years, and now the Toyota FT-86 has had some additional specs teased for 2012 release.

It was already known that the car will be powered by a Toyota tweaked boxer engine according to an article on TMR.com. Recently the Japanese manufacturer have confirmed the FT-86 will have a Subaru third generation 2.0 litre engine, and combined with Toyota’s D-4S direct injection technology.

The power of the engine is not yet known, but Toyota has said it will have more power than the standard engine. It will have both an automatic and manual six-speed transmission. Being a front engine rear wheel drive, the FT-86 will also have a limited-slip differential. 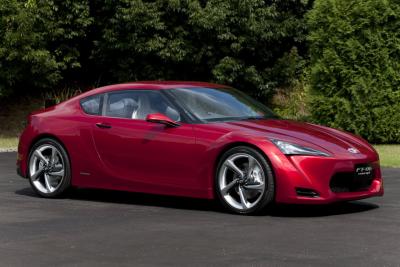 Toyota have also said the final version of the FT-86 will not be the same as any of the current concepts, but will use most of its styling from the FT-86 II concept shown at this year’s Geneva Motor Show. It is expected to be launched during the 2012 model year so could appear by the end of 2011.