The iPhone 6 and 6 Plus have certainly had their fair share of problems, such as some units bending, and also with the iSight camera for the latter model. Apple already started to use a stronger aluminium to make sure that Bendgate never took hold, and also issued an iSight Camera Replacement Program for the 6 Plus models that were sold from September 2014 and January 2015 – so could we see another recall for these two handsets?

We have seen a growing number of reports where some iPhone 6 and iPhone 6 Plus phones have stopped responding to touch, not only that, but there is also a growing number of owners complaining about a flickering grey bar that appears at the top of the phones display. This issue is said to have been there from the start, but only started to manifest because these handsets are now getting old – well we would not call 2 years that old iFixit. 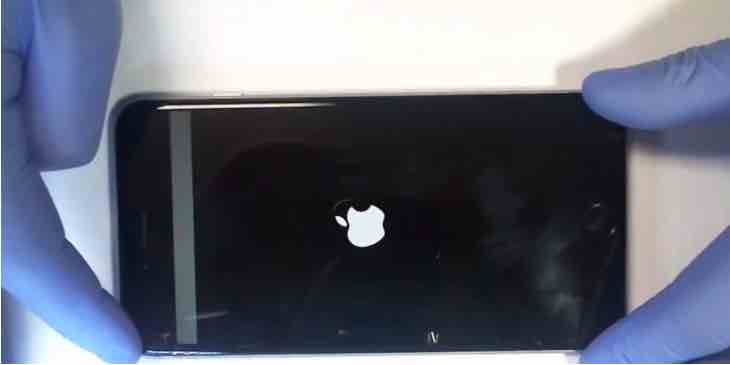 People have already given this so-called issue a name, and that is iPhone 6 “Touch Disease”, and if this in fact a true issue, then this could spread into an epidemic. It’s certainly bad timing, because if this is truly an issue, then you could see your iPhone 6 and 6 Plus trade-in value affected for those hoping to upgrade to the iPhone 7 next month.

So what’s causing the issue? Even though we cannot take what iFixit say as official, they have found that the design of the logic board on those two iPhone models is the main cause of the problem. They say that over time the shock from drops that we have all done at one time or another will put a strain on the circuits and so could start to come disconnected, which could result in things such as the grey flickering. If Apple had used a substance called undersell, then this issue might not have arose.

Now the big question is, will Apple investigate these findings, and could we see a Touchscreen Replacement Program for iPhone 6 and 6 Plus implemented in the future?