Everyone is talking about the amazing TOTY Pogba card for FIFA 16. It is now live in packs with the other TOTY midfielders and now we are happy to bring you one of the first TOTY Pogba FIFA 16 reviews online.

This card is simply amazing and in the video which we have to show you, we can see that the player bought this card for over 2 million coins just to give you an idea.

TOTY Pogba stats are incredible, a sea of green stats including what could be his biggest secret weapon – 98 for long shots which is going to be extremely useful in those tough matches when you can’t break through a defense online. 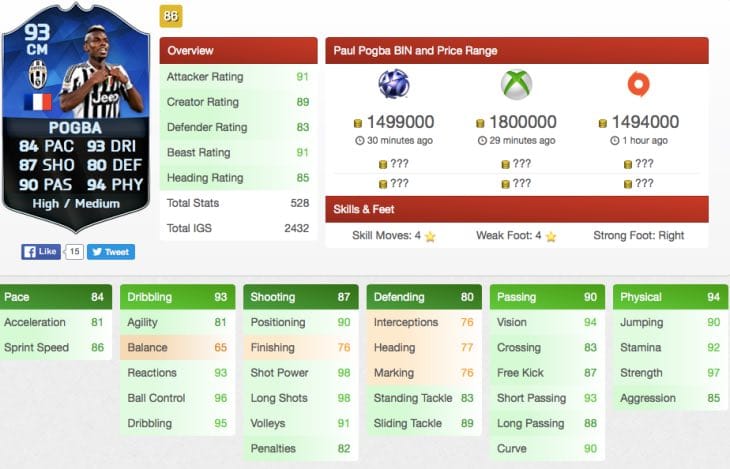 Other stand out stats courtesy of FUTHead include 97 for strength, 98 for shot power, 91 for volleys, 96 for ball control and 95 for dribbling – not bad at all.

You can see some TOTY Pogba gameplay below as we all know that’s what you came to see. Is he really worth a staggering 2 million coins – probably not unless you are rich.

Some players are spending crazy amounts of real money trying to get these cards, so check out the review below and let us know what you think of the TOTY hype this year.

Also some gamers believe this TOTY Pogba card was ‘undeserved’ – what do you say to that?