TOTY for FIFA 15 is now finished, with EA closing the doors on those ultra rare cards. The question is, how many of you got lucky with finding TOTY 99 Ronaldo in a pack?

We have one amazing video to show you now, with one player lucky enough to get Ronaldo and film it as well. Since publish a few days ago, it has had over half a million views from fans who just wanted to witness this crazy slice of fortune.

It’s understandable, given the fact that if he wanted to, the new owner of TOTY 99 Ronaldo can sell it for literally millions of coins on the transfer market – it’s the rarest card in the entire game. 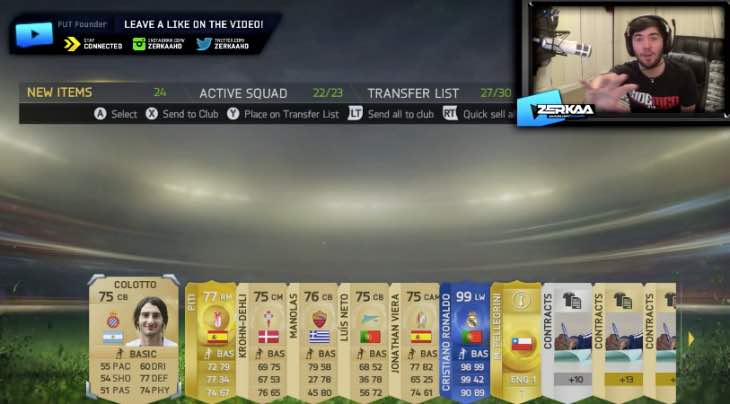 As a result, the YouTuber Zerkaa even joked that since he now has the rarest card going – he has ‘finished’ FIFA 15 and that there’s nothing else to do in the game.

It’s a great watch if you have recently had some success of your own opening these TOTY packs. We just hope that some of you got the cards you wanted – the odds seem to have been much better this year, compared to last.

What is your reaction to this guy getting the rarest card in FIFA 15 Ultimate Team? You should watch it for the subdued reaction alone – it’s priceless.