It’s that time again when we are just hours away from finding out the new players in TOTW 30 for FIFA 16 Ultimate Team. Update: TOTW 30 team confirmed below!

Once again, we have another huge week potentially with some standout performances from top players that will be in packs on Wednesday April 6 from 6PM UK time.

They include the likes of Zlatan Ibrahimovic who scored yet another hatrick and would mean a 96 rated card overall if EA selects him. 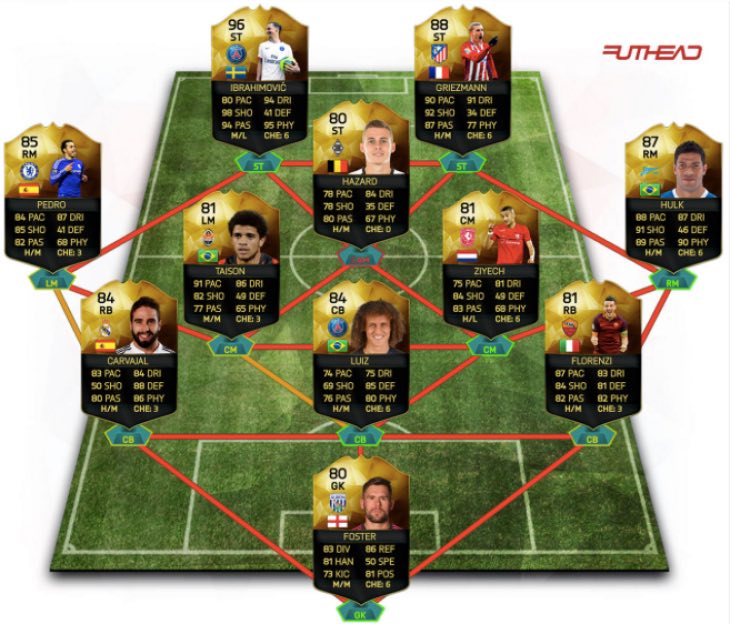 There’s also new in-form cards for in-form striker Griezmann and Hulk, both of which would sell for a massive amount of coins should you be lucky to get them in a pack.

You can see the rest of the TOTW 30 predictions from FUTHead above. Remember that 6PM UK time is when the players will be live in packs, but the reveal preview will be at 3PM time.

Head back to PR then and we’ll give you the lineup once EA announces it. Do you think Zlatan will get another in-form card, or will EA save it for FIFA 16 TOTS instead?

Update: As usual, we have updated the article with official TOTW 30 from EA, some great players to go for this week – players live in packs at 6PM UK time!