It looks like there has been another big leak for FIFA 17 with the TOTW 25 team being revealed early on social media, hours before EA are due to give the official confirmation.

We have seen the exact same thing happen in previous weeks and now we can give you a potential early look at the TOTW 25 lineup for FUT 17 showing you which players are going to be getting new in-form cards. 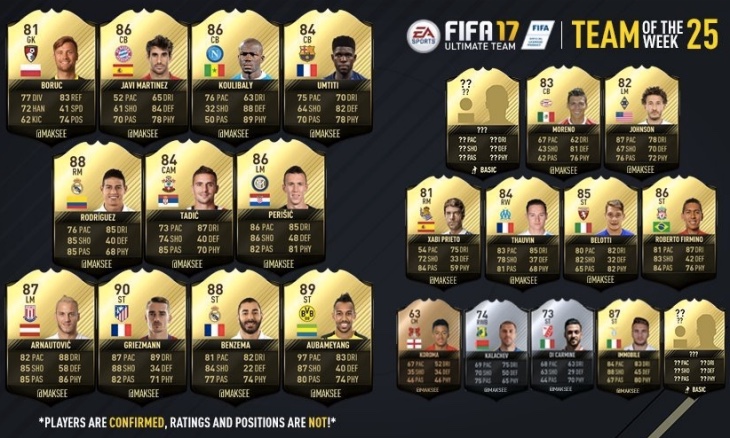 The big surprise if true, is that it means that Lionel Messi misses out on yet another in-form card and for those that don’t know he hasn’t even had one in-form card for FIFA 17 yet.

This isn’t due to lack of effort either, but rival Cristiano Ronaldo has already had two in-form cards since the start of the season.

In Messi’s last game, he had two goals and two assists and for any other player this would be an instant in-form card – no doubt about it whatsoever.

However, there are now rumors brewing that EA is deliberately withholding special cards for Messi as a result of the player having ended his contract with EA as the global cover star – a title which he previously held for several years.

Obviously there’s no firm evidence of this yet, but what do you think about the fact that Messi has not been given a single in-form card yet but Ronaldo has?

We’ll find out if Messi really has been left off the TOTW 25 list at 6PM UK time today.