We now have news that the name of Toshiba’s new Honeycomb tablet will be called the Toshiba Thrive. The first thing we would like to know is how it compares to the Apple iPad and the Motorola Xoom? Looking at the specs comparison it could be anyone’s, as it is with a host of other tablets on the market.

It did not take a genius to know what Toshiba were going to call their 10-inch tablet, as a website had already been parked for it. We should start to see the first set of commercials soon for the new device; we do find it strange that you can already pre-order the tablets, which come in either 8GB or 32GB.

That is the first thing that we will look at, the iPad 2 comes in a choice of 16GB, 32GB and 64GB; the Xoom only comes in 32GB. However, Apple’s tablet fails in the fact that it does not have an SD Card slot, whereas the other two do. 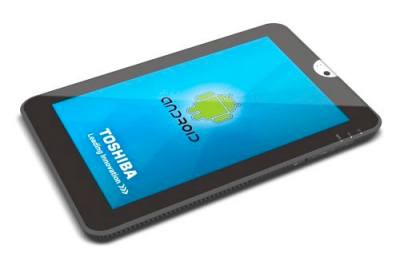 Toshiba’s upcoming tablet has the benefit of an HDMI port, and although this is very good the iPad 2 has no need for this if you have Apple TV. The reason for this is the fact that you are able to stream everything direct to your TV and enjoy your content on a big screen.

Looking over all specs you have to wonder why the likes of Xoom and even the new Galaxy Tab cannot match sales of the iPad 2? However, specs are not everything, it is also down to usability and what they offer the users, Apple has the App Store — need we say more?

How do you think the Toshiba Thrive will perform in the tablet market?