If you are one of the customers who has recently purchased the Toshiba Thrive tablet, then you are in for some good luck today as Toshiba has dished out an update that addresses some nagging issues that may have had you scratching your head in dismay.

The Toshiba Thrive has not been on the market for all that long, so it is nice that Toshiba has listened to its users of the tablet, and have released an update that fixes the so called coma problem.

Lucky enough for you, if you did experience this issue and have got the Toshiba Thrive to wake up again, a simple download can fix this problem via the Toshiba Service Station utility application that can be found on your Toshiba Thrive unit. A Toshiba spokesperson released this statement: –

“A limited number of Thrive Tablet users have experienced a Resume issue when in Sleep mode. Toshiba has released a software update to resolve this issue, improving the sleep-and-resume performance, as well as enhancing the multimedia playback capabilities of the device. The software update can be downloaded through the Toshiba Service Station utility app found on the Thrive Tablet.”

Obviously, if you still haven’t got your Toshiba Thrive to wake up from its coma, a simple battery pull can help restore your tablet back to working order so you can download the update which should fix the sleeping disorder. 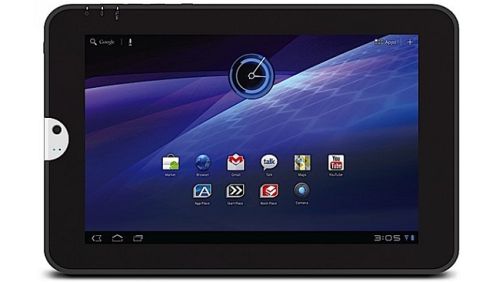 The update also comes with some minor multimedia playback enhancements, of which we don’t know too much about but at least you can stop your Toshiba Thrive from refusing to do anything apart from sleep on the job.

Were you one of the unlucky ones to have this happen to you? Did the update fix this? Let us know in the comments below.