When you take a look at the Toshiba Satellite Radius 11 for the very first time you will be forgiven for thinking you are looking at any other convertible laptop come tablet, and you would be right. However, this model is different in the way that it comes in a small form factor, along with mid-range specs to give the device a pretty competitive price.

Before we take a look at its specs and features, we thought you might like to know that the Toshiba Satellite Radius 11 will be available from October 26th, at a price of $329.99, which isn’t bad when you consider you are getting an 11-inch touchscreen Windows 8.1 notebook/tablet. 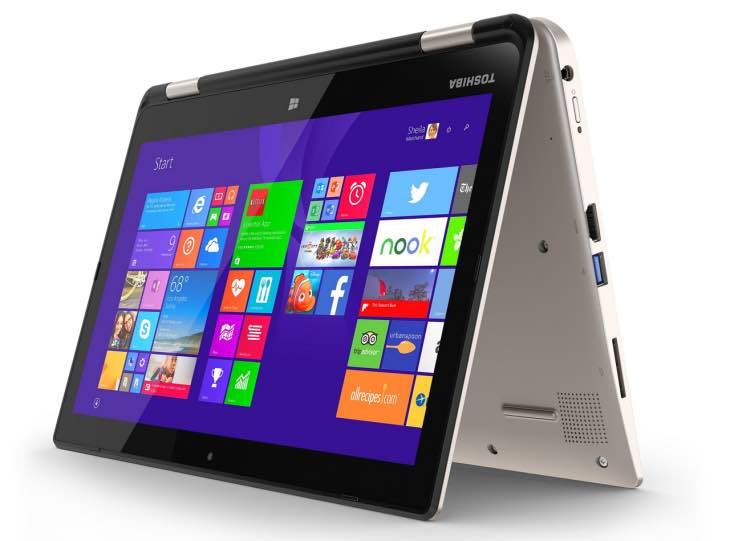 The specs: There is that 11-inch touchscreen display, along with a keyboard that looks very similar to what you would see on a MacBook Air. You have a choice of Intel Pentium or Celeron processors, which means $329.99 is just a starting price seeing as though there will be upgrade options.

More detail of the Toshiba Satellite Radius 11 can be found over on Business Wire.