We have seen a majority of the big players bring out their Windows 8.1 tablets so far, such as the Microsoft Surface 2 and the Nokia Lumia 2520. We are now going to show you the Toshiba Encore which could offer a good alternative, for those of you who are still sitting on the fence with tablets.

The Toshiba Encore is an 8 inch device with a 1200 x 800-pixel display coming with either 32 or 64 GB of storage. The tablet features a quad-core Intel Atom processor, with an 8 megapixel rear camera and 2 megapixel front. The Encore features MicroSD slots if you want to upgrade storage, as you would expect USB, Bluetooth, Micro HDMI and a 3.5mm audio jack are all included.

The Toshiba Encore runs off the full desktop version of Windows 8.1, coming with Microsoft Office Home and Student 2013. The tablet weighs 436 grams and is 11 mm thick, not exactly the thinnest or lightest device out there but it comes down to preference. You can see the full tech specs here. 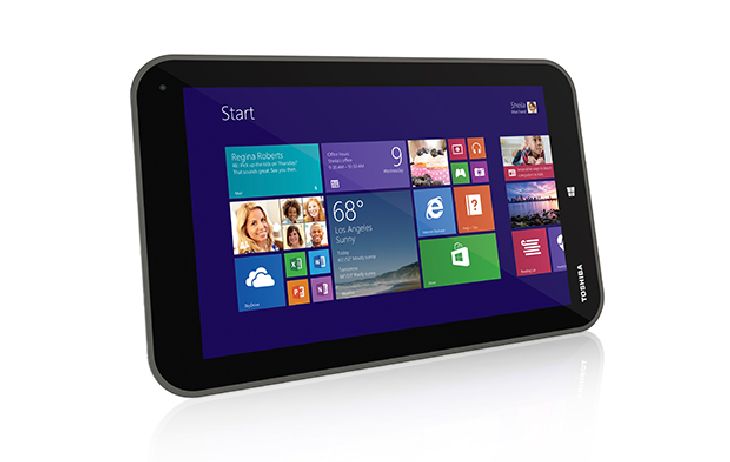 The Encore costs £249 or £299 depending on your storage choice, you may want to note that the Windows 8.1 OS takes up 20 GB before you even start. The price of Toshiba’s tablet is friendly compared to rival products but in our eyes it does lack that cutting edge which some people may want.

Despite not being as luxurious and high end as other tablets out there, the Toshiba Encore offers reasonable value for money given its capabilities. If you are not prepared to pay top dollar for the flag ship devices and would prefer something cheaper and more work orientated then this could be the device for you.

Let us know your thoughts on the Toshiba Encore by leaving a comment, would it interest you or is there an alternative you have in mind?