We are amazed to see how low, the prices are for 4K TVs on the market at the moment compared to a few years ago when the average consumer had no chance of affording them.

Now they are accessible to most households and one model in particular caught our eye after finding out that it is going to be available with a whopping discount. 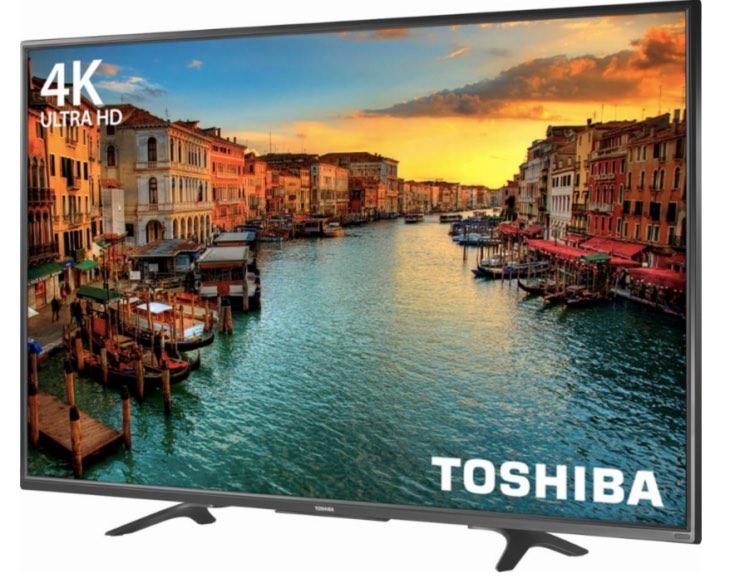 Many of you will be wondering if the Toshiba 55L711U18 is a Smart TV or not since Best Buy’s description is vague and while we can’t say that it is 100% fully smart supported, you can still get access to ‘smart’ apps using the built-in Chromecast feature which will allow you to access apps such as Netflix, YouTube and Spotify – there is no web browser included though as an example of the missing full Smart TV functionality.

However, you will be pleased to hear that the Toshiba 55L711U18 does support HDR or High Dynamic Range. Best Buy and Toshiba don’t do a very good job in including HDR in the TV’s product descriptions, but the feature is there should you want to turn it on – just don’t expect to see higher standards of HDR10 or Dolby Vision as you won’t be getting that on this model. 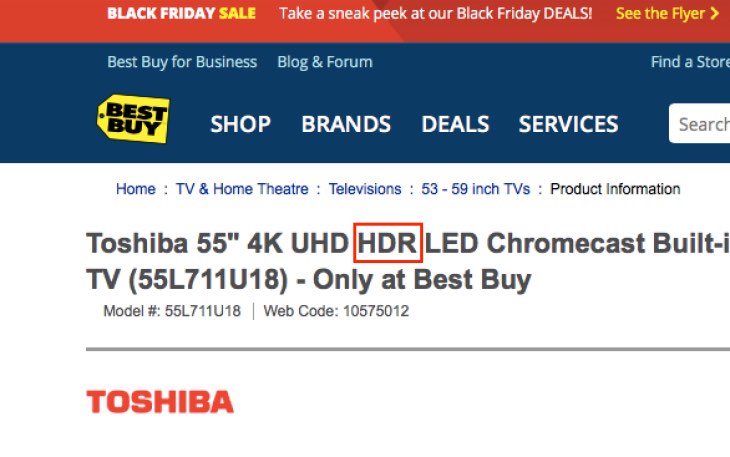 The fact that HDR is absent on both the official manufacturer listing and Toshiba user manual though is bizarre, but you can clearly see from Best Buy Canada’s listing for the exact same TV that HDR is advertised here as a key feature.

With HDR on board, this makes the $279.99 asking price for a 55-inch 4K TV very appealing indeed. If you are interested in making a purchase, head to Best Buy here but first read through the Toshiba 55L711U18 reviews over at Best Buy where this model currently has a 4.3/5 review rating as of November 2017.

Do you have any questions about this model? Let us know in our discussion section below!