2009 was a year that the auto industry would rather forget, but 2010 was so much better for many reasons. Firstly it was nice to see that sales had started to pick up thanks to increased consumer confidence, and the fact that there have been a number of great models from some of the best auto brands in the world. One segment has always been popular though, and that is sports cars; but which makes it into the top ten for those models under $50,000?

Sub5zero published an article some time ago now looking at just this, and for the most part I would have to agree with the results. In at number 10 was the 2010 Mini Cooper John Cooper Works Edition. OK, so we know that this has always been a popular car, but I would disagree that it would come under the sports category — although a $28,800 price tag says otherwise. 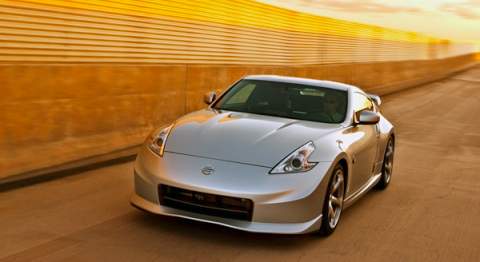 The Ford Mustang GT500 certainly deserves to be there, and you know that you are getting a lot of car for $48,175. Yes there are a number of other choices you could go for, but most of them do not have the history that this Mustang has.

The number one sports car for under $50,000 is the Nissan 370z Nismo Edition — well that’s what Sub5zero believes. Once you have added a number of optional extras, you will still only pay just over $40,000 — so a lot of car for the money then. How many cars do you know for this price that will get you from 0 to 60 in just 4.5 seconds?

However, Yoovie from Hubpages disagrees with this, and believes that the 2011 Dodge Challenger Base is even better than the Nissan. I am not sure if I can agree with this though; yes it is certainly an inspiring car and fast on the straight, but stick it on a test track and the 370z Nismo will leave it for dust in the tight corners. We all know that it is not always about how well it performs on the track, but you only have to look at the exterior and interior design to see which car will get the most looks.