It looks like it’s been quite an informative week this week in regards to the upcoming Top Spin 4 and Virtua Tennis 4 games. Not only have we received information on an official US release date for the Top Spin 4 title, but the rosters for both tennis-based games have also been revealed.

An interesting article by jbl316 over at captainstarball.com takes a quick look at both games, to see which one has the better roster. For example, the Top Spin 4 roster includes names such as Boris Becker, Serena Williams, Roger Federer, Andy Murray, Caroline Wozniacki and Pete Sampras. 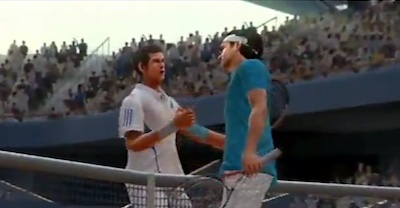 Jbl316 notes that while it’s nice to see a mix of both old and new players, there does appear to be more male players than female ones. Another interesting point is the fact that Maria Sharapova doesn’t appear to be included in the Top Spin 4 game at all.

Which game would you say has the better line-up?