We have some great news now for those of you who enjoy playing tennis-based video games such as Top Spin and Virtua Tennis. 2K Sports has just confirmed a US release date for the upcoming Top Spin 4 title and we can now tell you that it will be arriving on March 15th.

According to a recent vg247.com report by Johnny Cullen, the US launch date was recently revealed on the game’s Facebook page. The publisher also confirmed that Top Spin 4 – which will be available for the Nintendo Wii, PlayStation 3 and Xbox 360 — will come with PlayStation Move support. 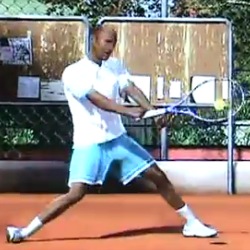 Although we haven’t actually got a European release date yet, we can tell you that it’s due to be announced very soon. As Mike Harradence over at psu.com reports, the Top Spin 4 game promises to provide players with a “realistic and exhilarating tennis” experience.

The professional players that have been confirmed for the game so far includes Andre Agassi, Pete Sampras, James Blake, Nikolay Davydenko, Andy Murray, Novak Djokovic and of course, the one and only Roger Federer. Will you be buying the Top Spin 4 game?