Those looking for the top multiplayer iPad games in March should take note of slightly older and new releases for 2015. There really is some great iPad games including excellent multiplayer, also some future launches that look particularly good as well.

Brothers in Arms 3: Sons of War is well worth a mention for iPad, especially considering this app received a big update last month taking the game to version 1.1.1. You will need an iPad 2 or newer to play, and the ratings for this WW2 game don’t get much higher, as seen on iTunes where you can download for free. 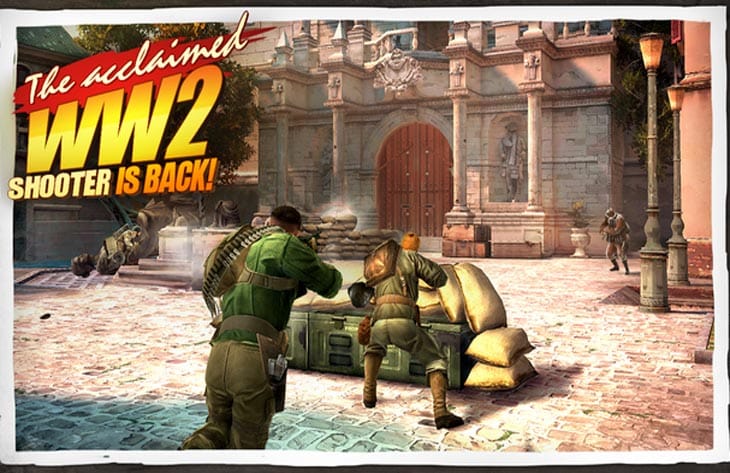 Another top iPad game is Baldur’s Gate 2: Enhanced Edition, which also received an update in February taking this app to version 1.3. Baldur’s Gate II:EE can also be found on iTunes right here, although this app will cost you $9.99.

Other must-have multiplayer iPad games that you might want to download, if you haven’t already, would be Modern Combat 5, GT Racing 2, World of Tanks Blitz, Minecraft Pocket Edition, Dungeon Hunter 5, DomiNations, and Clash of Clans. One upcoming title called Age of Empires: World Domination will also no doubt be amazing for iPad, although the game has been delayed a couple of times, to the dismay of Age of Empires fans.

What would you class as the top multiplayer iPad games right now? Feel free to name older titles that have since been updated, or upcoming games releasing in 2015. You can also read more about the best iPad apps at our dedicated hub, which includes more about each title.

We have included some gameplay below for DomiNations, World of Tanks Blitz, Brothers in Arms 3, and Clash of Clans to give you more insight if you haven’t played any of those games.