We have already looked at how the upcoming Mercedes AMG GT compares to the Porsche 911 in terms of performance, but when you look at many of the characteristics of the new Merc along with how the rear slopes away, it is for these very reasons why Top Gear sees this as a dead ringer for the Jaguar F-Type R.

The Mercedes AMG GT power comes from a V8 forced-induction engine capable of producing around 500 horsepower or more, which is around the same as the F-Type R.

Like most AMG vehicles the model has a long front-end, but its rear slopes down rather dramatically, both of which are very close traits to the F-Type R along with an active rear spoiler to help keep the rear stable with that amount of power going to the back wheels. 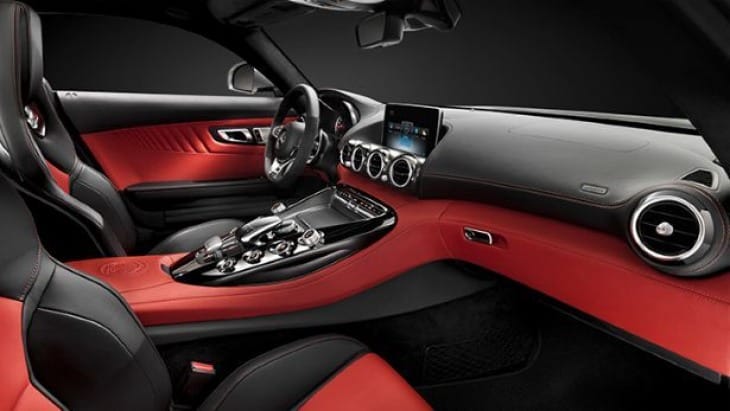 Mercedes has finally seen fit to share some of the AMG GT technical details and that engine is a 4.0-liter with a twin-turbo to help give it that extra boost, more details of which can be seen on its very own Web page.

Even though this might be a dead ringer to the Jaguar F-Type R, it will be interesting to see how the two fair when going at it against each other on a race track. We have seen how the F-Type R has been pitted against the 911 and the latest version of the Nissan GT-R.

In both tests the F-Type R trailed both vehicles, but not by much, and so we expect things to be a little different. The reason for this is because the Merc is expected to be heavier and we have seen in the past how they have trouble transferring that kind of power to the rear wheels.

Thanks to Top Gear.