Depending who you ask most people will come up with the same answer, as to what is the top 10 best muscle cars of all time are. One thing we do know, none of the cars being made today will make it on a future list, as they lack the character as the old models have.

Muscle cars back in the day were all about one thing, power and lots of it. However, there is no getting away from the fact that they also had that certain look that made you fall in love with them. Autos Craze has listed the top ten, but do you agree with the list? 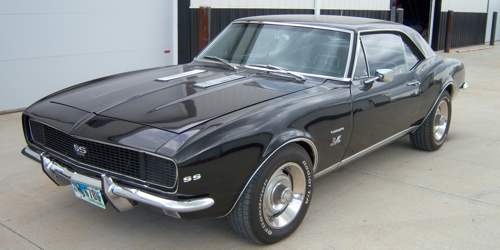 The first on the list, and one that many car fans agree on is the Ford Mustang Boss 429. The reason why this vehicle resides at the number one spot is because the car not only looks aggressive but also has the power to back it up. Number two is the 64 Dodge Charger; this car was loved because of its slight resemblance to the Mustang. The most loved feature of this car apart from those looks was the 7.4-litre V8 powerful engine, which produced an eye-popping 450bhp.

About.com Cars has been looking at the top ten of modern day muscle cars, and they just don’t seem to have the same vibe. A fine exapmple of what I am talking about is their number one car on the list, the Cadillac CTS-V. Personally I think that this is one of the most ugliest cars I have seen in some time, and that’s not the only horrible car on the modern day list.

If you had to choose what would be your ultimate muscle car of all time?