When it comes to fast cars most men never seem to grow up, I can still remember when I was about 11 or 12 with that huge poster of a Lamborghini Countach on my bedroom wall. I have since grown up and now realize what a shocking supercar it really was — not practical and had terrible fuel-economy. However, now that I am almost 39 I can understand what makes a great car and looking at the top 10 list of the fastest cars of 2010 -2011 there are none that do not deserve to be there.

As you will know these cars in the list are measured only by their top speed, so the no.1 might not have the fastest acceleration, but it will have a greater top end. The two fastest cars have been trading punches for some time now — that’s right we are talking about the Bugatti Veyron and the SSC Ultimate Aero. However, the former has just taken the top spot with the Super Sport (SS) version, which has a top speed of 267mph. You can see a top gear video of this in our recent post. 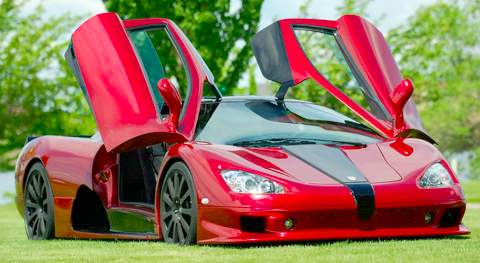 You can see these cars in action for yourself with the video that we have embedded for you below. However, I did notice on the video that they have got number two and one mixed up, they have the standard Veyron at number two, but we all know that the SS version of that car is the true number one. Take a look at all ten cars and let us no which of these should take the top spot for looks?