Fans of the Tony Hawk’s franchise couldn’t wait to see Pro Skater 5 gameplay, well until they noticed disappointing graphics for what should release on PS4 and Xbox One. After seeing the live gameplay footage at E3 2015, gamers took to Twitter to voice their disappointment in regard to the graphics showcased.

Firstly, it’s worth nothing that it’s unclear what platform the Tony Hawk’s Pro Skater 5 gameplay came from and this could be for PS3, or Xbox 360. It’s hard to believe that would be the case, especially considering developers like to show off games on the best hardware and this could normally be PC, Xbox One, or PS4. 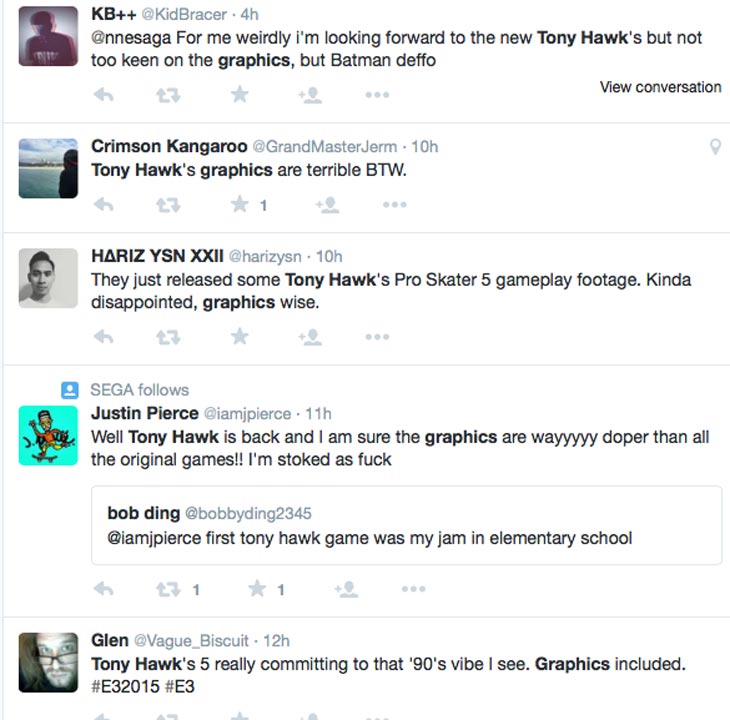 You can see a screenshot taken moments ago from Twitter, which details a few of the messages voicing graphics disappointment for Tony Hawk’s Pro Skater 5. The gameplay can be seen within a video below this article, thanks to the live footage shown. 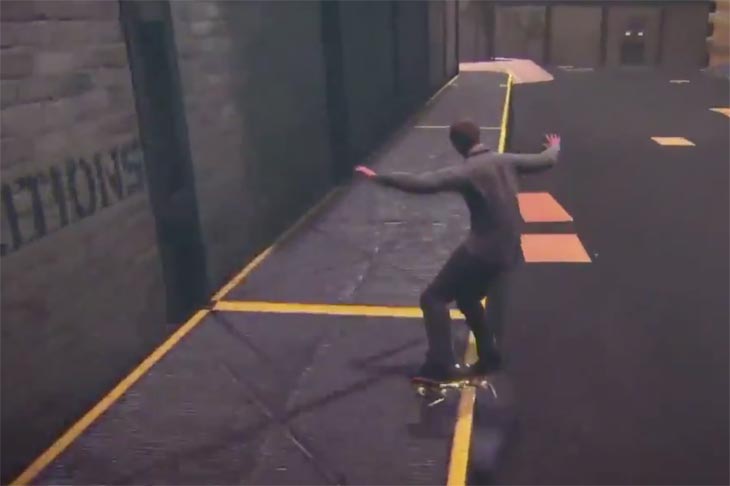 Are you disappointed by the Tony Hawk’s Pro Skater 5 gameplay at E3 2015? Or, do you think it’s not all about graphics and the gameplay will shine through on both PS4 and Xbox One? It will be interesting to see how the finished product looks for the current generation consoles, and of course find out what platform the live footage came from.