Although Activision’s Tony Hawk: Ride game was met with some rather negative reviews when it was first released last year, it still went on to sell over 114,000 units within its first month. However, this year’s sequel Tony Hawk: Shred did considerably worse and only sold 3000 copies in its first week.

Many would say that the Tony Hawk franchise has seen its day, but Activision isn’t giving up and still has faith in the series. In fact, according to Anthony Severino at playstationlifestyle.net, Activision Publishing’s CEO Eric Hirshberg claims that it’s too early to declare the Tony Hawk: Shred game a failure. 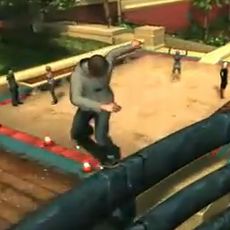 Hirshberg spoke to industrygamers.com recently and said that now we have entered the gift-giving season, he expects an increase in sales for the Tony Hawk: Shred game. “I think it’s too early to close the book on Tony Hawk: Shred,” he said, adding that they are currently marketing it to children.