Sony has just wrapped up with their CES 2015 press conference. One of the big surprises was an appearance by legendary skater Tony Hawk, who stepped up on stage to confirm a brand new Tony Hawk PS4 game in 2015.

It seems to be good timing for a new skateboarding game on next-gen consoles, especially considering the disappointment over a lack of a Skate 4 announcement last year.

CES 2015 isn’t typically associated with big game announcements, but it was a very nice surprise nevertheless and obviously posed one or two interesting questions. 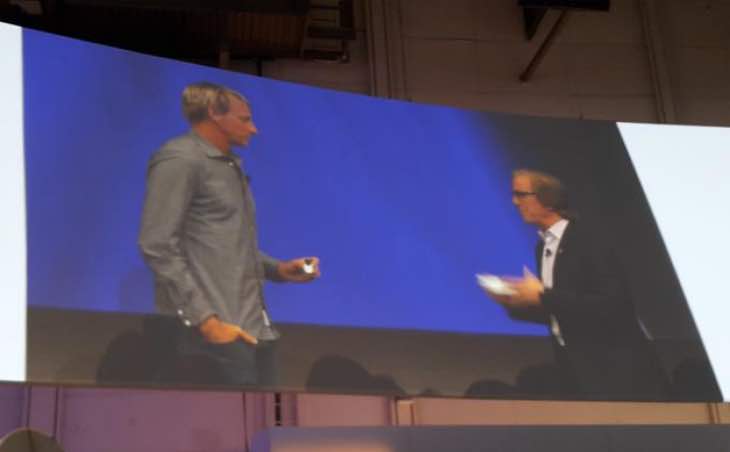 For one, why did Sony pick CES 2015 to bring Tony Hawk on stage and not the recent PlayStation Experience event? Secondly, PS4 was only specifically mentioned during the game reveal – either due to the fact that it will contain some form of exclusivity, or simply because Tony Hawk wasn’t allowed to say multi-platform at a Sony event.

Regardless of that though, we remain optimistic. Tony Hawk games made their name on the PlayStation 1 and we still harbor hope that one day we will see a return to glory with a game that can match the old days – and with an epic soundtrack to boot.

What are Neversoft doing these days anyway, Tony? Let us know your thoughts on the surprise reveal and if you have any suspicion on whether this Tony Hawk game on PS4 could be exclusive.

Put it this way Xbox One owners, would you be extremely unhappy if Sony has pulled off another big one after Street Fighter 5?