Satellite navigation has found itself in the main news headlines this week with the world’s first satnav summit is being arranged by the government for some time in March. It will be an essential meeting that will ensure satnav systems are kept up to date in order to avoid Lorries getting caught in narrow roads for example.

Meanwhile with the Consumer Electronics Show well underway, TomTom has announced their latest update for their iPad and iPhone navigation app, version 1.10. It comes with a host of new features including additional social aspects. This means users can now navigate directly from where they are to where their friends are by using the data gained from check-ins and event invitations from them.

The update also allows for Twitter integration in a similar way to the previously mentioned social feature. Sharing arrival times and destinations via users’ various social networks including Facebook and Twitter as well as text message and email, will also be allowed. For those that have already purchased the TomTom iOS app the update will be free of charge, obviously if you do not already own the app it will cost full price but will include all the latest features.

The update also features email, music, photos and contacts integration as well as alerts for speed cameras, traffic avoiding routes, Map Share updates and updated maps. It will be roiling out sometime during the first quarter of 2012. According to TomTom Managing Director Consumer, Corinne Vigreux, the company has taken into account that the majority of people who own an iPhone use it to go on Facebook, as proved in recent studies. She says ‘By integrating Facebook features into our TomTom App we make navigating to places, events and seeing friends even easier.’

Are you impressed by these new social aspects of the updated TomTom navigation app? 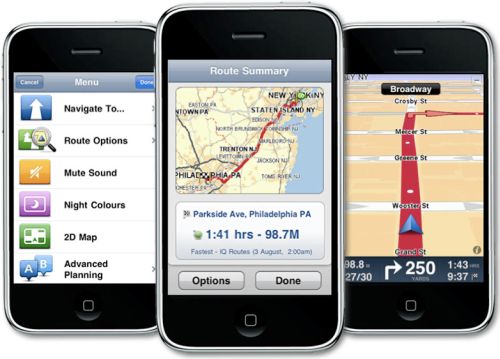