We received reports that there’s a rather nasty bug inside the new TomTom iOS 9 update, which causes the app to change the language to English by default.

We’ve been contacted by several of our readers from Europe who were using the app in languages such as German, Polish and Dutch. However now they cannot use TomTom effectively after the update as the language won’t switch from English.

The good news at least, is that TomTom are already aware of the situation and have said that their developers are already hard at work on a fix to the problems. 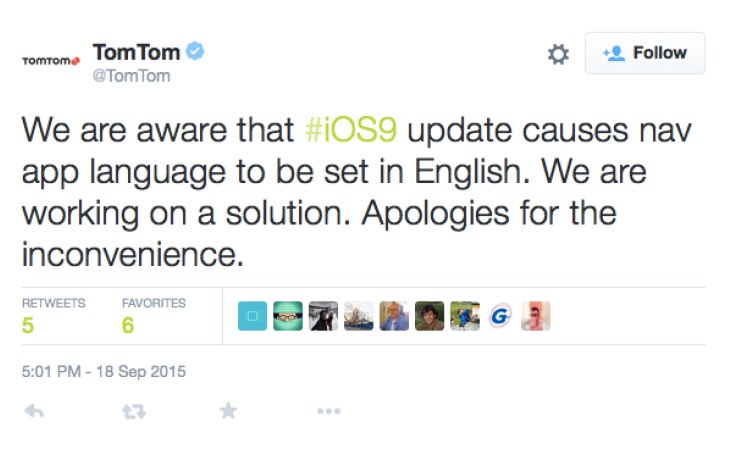 Obviously this is a major inconvenience to daily lifestyles when you can’t use navigation so hopefully we’ll have some good news for you by next week at the latest.

Is this a problem that you have at the moment when opening up your TomTom app on iOS 9? If so, get in touch with us below and we’ll let you know once a new TomTom update with a English language fix is available.