A couple of days ago I brought our readers an article about the upcoming Tomb Raider Trilogy (an exclusive to the PlayStation 3), containing box art details and an official release date. Now it appears that more details have been revealed, only this time it’s regarding the exclusion of the ‘Underworld’ DLC packs.

According to a recent article over at examiner.com by Shui Ta, Karl Stewart — the Global Brand Director for video games developer Crystal Dynamics — spoke out on Twitter recently, about whether or not the “Beneath the Ashes” and “Lara’s Shadow” DLC packs would be included in the Tomb Raider Trilogy. 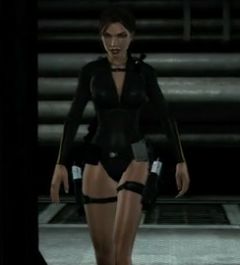 Although many Tomb Raider fans may have been hoping for the two DLC packs to be released with the upcoming compilation, Stewart said they would definitely not be included. The DLC packs were Xbox 360 exclusives, so Crystal Dynamics have no plans on bringing them to the PS3.

However, Karl did state that the Tomb Raider Trilogy will feature trophy support for all three titles, which as previously mentioned includes HD updates of Tomb Raider: Anniversary and Tomb Raider: Legend. You can keep up to date with all the latest news via Karl Stewart’s Twitter page here.

Are you looking forward to the arrival of the Tomb Raider Trilogy? Would you have wanted the two DLC packs to be released with the collection?