Tomb Raider fans received some really exciting news back at the beginning of December last year, after Square Enix announced that they would be bringing out a Lara Croft reboot courtesy of Crystal Dynamics. We now have even more good news, regarding the upcoming Tomb Raider Trilogy.

According to a recent nowgamer.com article written by Tom Hopkins, Square Enix has just announced that the Tomb Raider HD Trilogy will be arriving exclusively to the PlayStation 3 on March 25th. The Trilogy will include HD versions of Tomb Raider: Legend, Anniversary and Underworld. 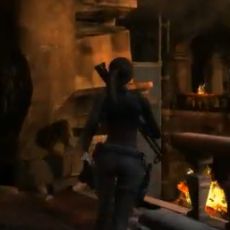 Besides revealing the release date for the Tomb Raider HD Trilogy, it appears that Square Enix has also released the box art, which can be seen over at the US PS Blog (posted by Sonia Im). The HD Trilogy will also come with behind the scenes trailers and an exclusive static theme pack.