I have not been into the Commonwealth Games as much as the Olympics, as the competition is not as great, although that doesn’t mean there have not been some enjoyable moments. Yesterday was a good day because I have been waiting to see Tom Daley dive, and if you are a fan, looking at the schedule shows that he will be diving again today.

People will be searching Tom Daley diving today time, and so the best way to find this is out is by looking at the Commonwealth Games schedule, and the easiest way is to have a look at the timetable section in this app. However, we can tell you that the Men’s 10 Platform Preliminary will be at 11:38 today.

This got me thinking, as I know how popular the young diving star is and so thought there would be a decent app focused just on him. There is and it is called Tom Daley Dive 2012 for iOS and was no doubt created by Chelsea Apps Factory Ltd to coincide with the Olympics.

There was an update to this app, but that was back in 2012 and so we wonder why this app has been left? Surely the app developer could just take the year out of the title and then update ahead of major competitions like the Commonwealth games? 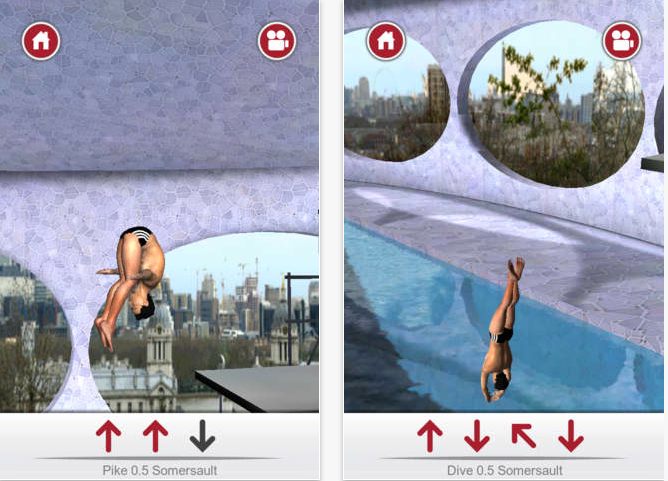 I know that diving is not as popular as some of the other disciplines in the world of sport, but the British public love Tom Daley because of what he has achieved at such a young age. Having played the app for a while the basics are there, but the in-app purchase to proceed to a different event is a bit if an issue. Surely it would be better for the developer to charge something like £0.99 for the app and then allow the user to increase Tom’s ranking and also progress to other competitions.

It would also be cool to add synchronized diving into the app seeing as though Tom now has a new diving partner for that event, young James Denny. Daley and Denny did well yesterday by taking silver, and just missed out on the gold for the synchronized 10m Platform.

Just as a reminder, Tom Daley’s diving timetable is to start at 11:38 today, lets hope he gets through to the final, which begins at 19:30 today.