The Tokyo Game Show is just around the corner so it is no wonder the games news has been surfacing in the build-up to it. Today, news that Team Ninja, the developers behind the Ninja Gaiden titles including the upcoming title Ninja Gaiden 3 is to announce a new game at the gaming event, which kicks off in Japan next month.

The news was first sparked by a post on Team Ninja’s official twitter page, which translated as ‘In fact… next week, we’ll also be announcing a new title.’ it is thought that the developers were to showcase a playable demo of Ninja Gaiden 3 at TGS anyway, but the new game announcement has come as surprise.

According to PSX Extreme, rumors concerning the developer’s involvement in a PlayStation Vita assignment have been circulating for quite a while, suggesting to some that it could be a portable game that it is to be announced next week. This would make more sense considering they are still working on Ninja Gaiden 3, so starting another console game would be difficult and could prove too much to handle.

Certain reports have even gone as far as to guess that the new game could be Dead or Alive 5, but we shall have to wait and see. Ninja Gaiden 3 will be playable at the Tokyo event next week for the first time in Japan. So far we have heard little about the third in the series of the notoriously hard games, yet we have been able to bring our readers details about the game. We also brought our readers a trailer, teasing some of the gameplay. Check out the link for a glimpse of what you can expect from the game which is expected to start shipping in early 2012.

What do you think the new game being announced could be? 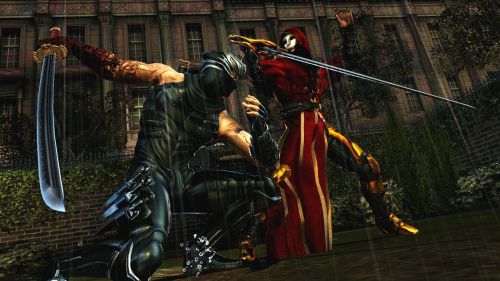