This week we heard about some rather exciting news. A new Toe Jam and Earl game is coming – presumably in 2015 for PS4 and Xbox One.

For those that grew up with the Sega Megadrive, that name will be instantly recognisable and the original Toe Jam & Earl game could actually be the primary game that initially started your love for open world adventure games.

For us, it was a combination of co-op play and an amazing soundtrack that did it for us. We distinctly remember flying to an island in a corner of the map for a hot tub and lemonade timeout – random, but brilliant nevertheless at the age of 10.

Now, it looks like we could be reliving this dream once again. The official Toe Jam and Earl Facebook page shared an update on January 29 to confirm that they are working on a new game. 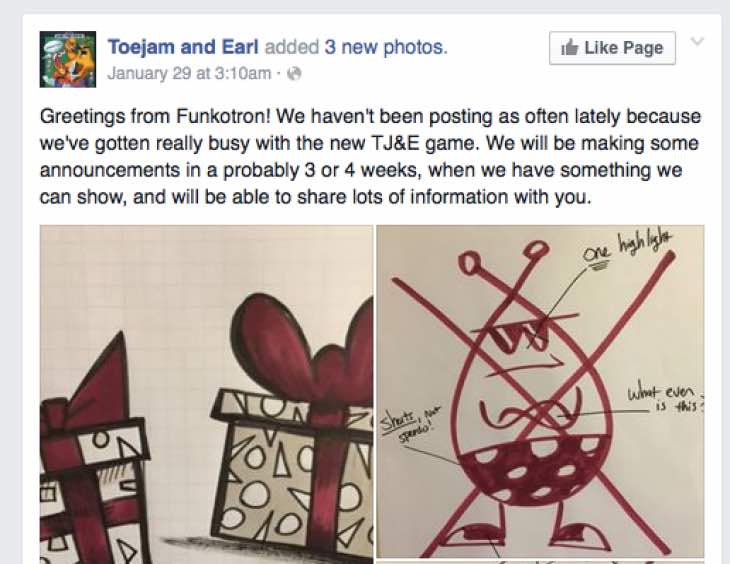 Not only that, but news about the game will be revealed in ‘three to four week’s time’. When the announcement happens, hopefully we will know if the game is coming out this year and of course to what platforms.

We mentioned pressure above, as we believe many old school gamers regard the original as a classic. With a new game on the way, there is definitely going to be pressure involved to match the original, in order not to tarnish the legacy so to speak.

We are also personally expecting to see another funkalicious soundtrack to go with the game, so we can’t wait to see what happens.

What are your memories of the original game – are you happy to see that Toe Jam and Earl could be on the way to PS4 and Xbox One very soon?