Are you enjoying Titanfall fever at the moment? The game from EA and Respawn Entertainment appears to be making a lot of Xbox 360, Xbox One and PC owners happy at the moment. How good does the Xbox 360 version from Bluepoint Games look though compared to next-gen and PC?

We have a brief video for you to take a look at which gives you an idea of this. We recently had a chance to play the Xbox 360 version at the Titanfall launch event and we have to say that Bluepoint Games have done an excellent job in creating a great port compared to Xbox One.

There had been concerns that the last-gen version wouldn’t look as good after notable silence in the build-up to launch, but we can honestly say that we were left pleasantly surprised.

As we look forward to bringing you more detailed Titanfall coverage soon, we first want to point you in the direction of this Titanfall Xbox 360 Vs Xbox One Vs PC graphics comparison. 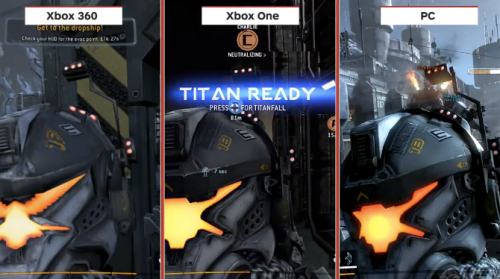 Considering that last-gen is on the way out, we don’t think there can be any complaints with how the Xbox 360 version of Titanfall stands up against Xbox One and PC.

While the graphical differences are there to see, the game runs great on Xbox 360 hardware and it’s yet another excellent port on the books of Bluepoint Games.

If you have been enjoying Titanfall on your platform, let us know your thoughts on the graphical differences between the three as highlighted in the video below.

Is Titanfall one of the best games you have played this year without a doubt?