Last month we gave you what looked to be a leaked Titanfall map list for Xbox One, Xbox 360 and PC gamers. Now, with the Titanfall release date on the horizon, we can offer you something even better – a detailed analysis showing images of each map including key areas.

Titanfall is easily the hottest game release in March, with PS3 and PS4 gamers sadly missing out due to Respawn’s exclusivity agreement with Microsoft.

March 11 is the big day and to prepare yourself in the best way, it looks like all of the maps have leaked in full with an added bonus. As expected, there are 15 maps and each map is going to have points of interest that you will need to get familiar with if you want to dominate multiplayer.

One example can be seen in the image above, which is a birdseye view of Colony. The additional image that we have included below is the various points of interest within Colony you will need to master – Quickstop, Power Station, Blackwell Store, Town Hall, The Fall Bar, Supply Rations, Anderson Graining, Family House and Gridion Garage. 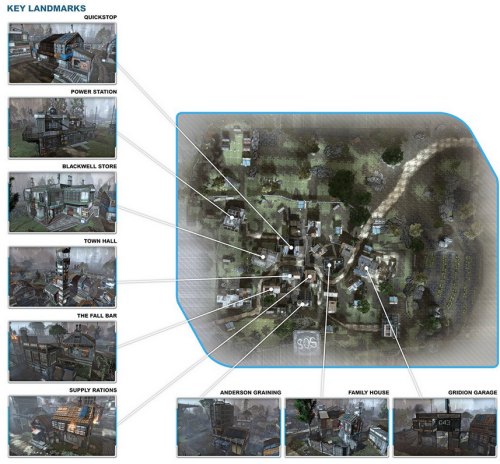 Obviously this is just one map out of the 15, but the rest can been seen here over at Neogaf. There are also a batch of new high quality screenshots that have managed to leak over at Reddit.

It’s fair to say that a lot of information is coming out before the launch date. We wouldn’t be surprised if some lucky Xbox One owners manage to get the game early as some retailers are bound to break the street date.

Are you pumped up for Titanfall, or are you unimpressed by the hype?