Are you trying to get your hands on a Titanfall alpha beta code right now? It looks like EA has only handpicked a certain number of Xbox One users, meaning that a lot of you are very unhappy moment on discovering that you didn’t get in.

For those that want to see how it plays though, we have some early gameplay footage for you to enjoy. We also have a heads-up to give you as well, as it looks like certain users are taking advantage of the beta exclusivity, by claiming to offer free Titanfall beta codes.

We’ve seen one scam which offers a free Titanfall alpha code, but only if you complete three steps – usually involving sharing and liking certain Facebook page so the owners can generate income from it. It goes without saying that you could be at risk of giving your personal data away – so be careful when you see the next ‘free Titanfall beta code offer’. 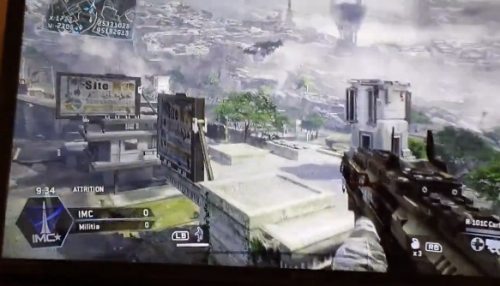 As for the beta itself, it is looking pretty awesome on Xbox One. Respawn has set up gameplay on the Fracture map, with the gamemode set at Attrition. Take a look at the first Titanfall beta gameplay below and let us know your impressions of it.

Were you able to get a Titanfall beta code, or are you still looking for one?