For those that are patiently waiting for news on the Titanfall 2 release date for PS4 and Xbox One, it looks like we have some juicy information to share this week.

Respawn Entertainment and EA have yet to announce a release window for the game, but it may have already been leaked in advance due to confirmation of a Titanfall 2 toys range that will be coming out.

McFarlane Toys have sent out a press release, revealing that they will be launching Titanfall 2 toys in Winter 2016 – you can see this yourself by checking out the promotional banner below. 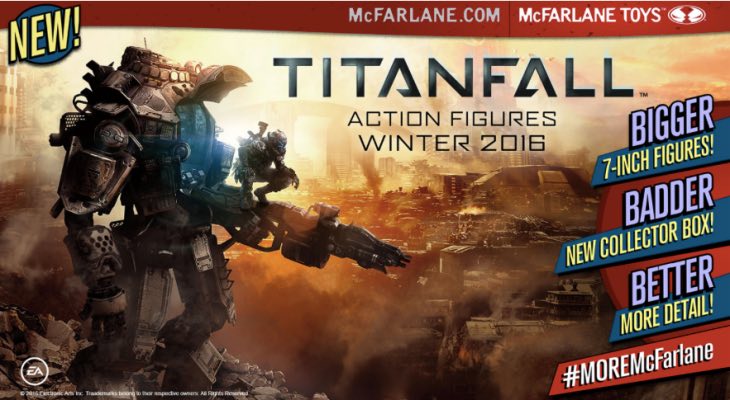 Given that the toys are out at the end of the year, this suggests to us that the release date is going to be announced at E3 2016.

December 2016 could now be the time when you’ll be able to get your hands on a new Titanfall game and remember – this one is coming to PS4 as well as Xbox One.

Are you excited about this, or did you completely forget about the Titanfall series? Give us your thoughts below.