It appears that a brand new bird-flinging game is all set to become the next “Angry Birds.” Tiny Wings — which was developed and published by Andreas Illinger — arrived on the Apple App Store just last week, and has already been getting some pretty impressive comments.

As Rob Hearn over at pocketgamer.co.uk recently reported, the Tiny Wings app has currently got five stars on iTunes, from a total of 1482 ratings. In fact, after just six days of being on the Apple App Store, the game has taken the top spot in the UK App Store top ten download chart.

Trevor Ainsworth over on theappera.com website recently reviewed the Tiny Wings app, and let’s just say that he was really impressed. The game is said to have procedural generated graphics, which means that that environments are colored and shaped differently every day. 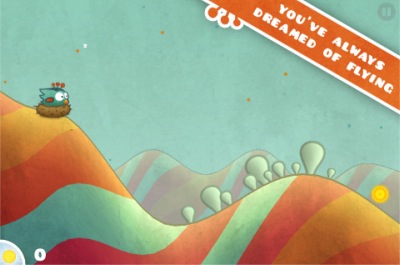 The Tiny Wings game features a one touch control mechanic. The bird constantly moves to the right, so users just have to touch the screen to make him stop flapping his wings and drop. If you touch the screen on the down slopes and release on the up, the bird will be sent high into the air. 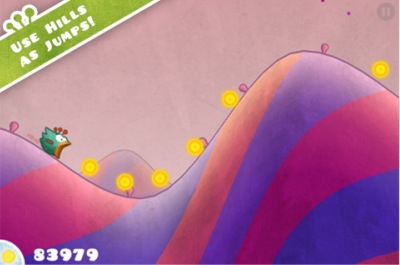 You can read the full review via theappera.com link above. As noted on the itunes.apple.com website, the Tiny Wings app is compatible with iPhone, iPod Touch and iPad, but does require iOS 3.1 or later. View a trailer for the new game via the YouTube link here.