Earlier this month we told you about Time Warner Cable problems in relation to solar interference. Now, it looks like customers are now suffering further with Time Warner Cable internet not working specifically in many areas.

We have received a few complaints from consumers who are again experiencing a disruption of service on Time Warner Cable. Most of the issues seem to be about the internet not working full stop, but we can also see that there’s a lot of complaints about Time Warner Cable slow internet speeds as well.

As far as we’re aware, this is only a minor problem affecting some as there has been no statement from Time Warner Cable on their Twitter page, regarding widespread outages. 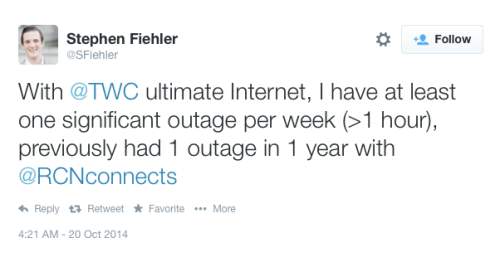 Some users are definitely having problems as you can see above though, while we can also see that there are many complaints coming in on Facebook as well with the same issues. 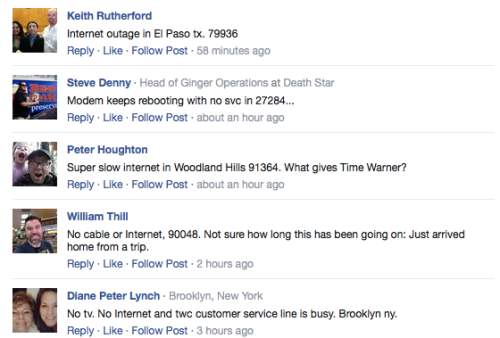 Time Warner Cable has told some users that it could be a problem with their modem, but is it actually a problem on their end? Let us know where you are at the moment and if you too have been experiencing any Time Warner Cable internet problems today.