A time capsule more than 30 years old has been found in Aspen, containing random items from the past including a vintage Apple Lisa Mouse donated by Steve Jobs. The capsule which was originally buried at the Aspen International Design Conference in 1983 went missing but has now been recovered.

The ‘Aspen Time Tube’ or as it is more commonly known as now, ‘The Steve Jobs Time Capsule’ had its contents donated by the attenders of the conference. Thousands of miscellaneous objects were discovered inside the huge 13 foot tube, including a Rubik’s Cube, 6 pack of canned beers and of course the famous Apple mouse donated by the late Apple CEO.

The original plan was to unearth the time capsule in the year 2000, however due to a major landscaping project being undertaken in the area the burial location was lost. With the help of National Geographic TV show “Diggers”, organizers were luckily able to retrieve the time tube and its treasure. You can see the capsule being opened in an exclusive video on Cnet. 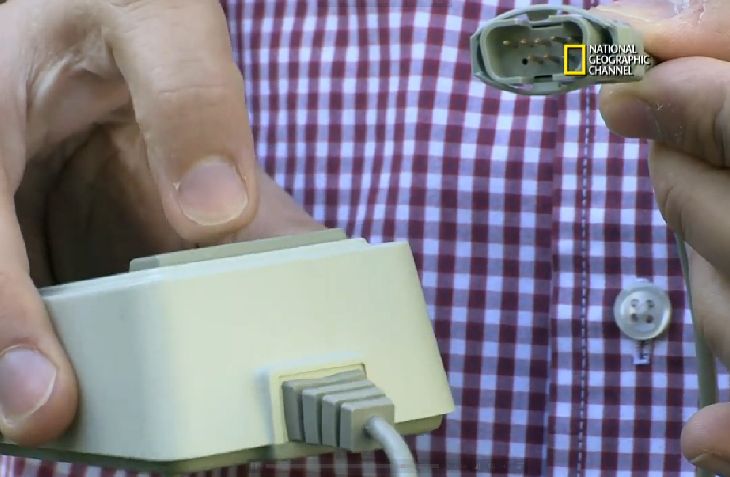 The vintage Apple mouse was preserved in a plastic bag ensuring that it will remain a priceless piece of technology history. Steve Jobs reportedly used the Lisa Mouse in his speech at the conference where he predicted future devices such as the iPhone, iPad, email and wireless networking.

The original Lisa Mouse was the first ever to be invented and was made from wood and plastic with 2 wheels underneath to track motion. The historical gadget is also notable for having just the one button, unlike how the designs have changed today.

The full show will air on National Geographic on February 25th, will go be watching?