We’ve already brought you a few details on the upcoming Tiger Woods PGA Tour 12: The Masters game, including screenshots, a trailer that shows off the courses and an official release date. However, we now have news regarding one of the game’s major new features.

The new feature we are talking about is caddy interaction, which Electronic Arts has called “The Caddy Experience.” The new Tiger Woods PGA Tour 12 game will provide players with an in-game caddy, who will offer explanations and suggestions on shots if need be.

Electronic Arts has also released a detailed video for “The Caddy Experience” feature, which you can view below this post. As Samit Sarkar over at destructoid.com notes, caddy interaction is more along the lines of an interface/usability improvement than a gameplay feature. 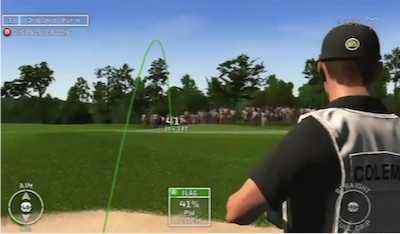 It looks like the caddy interaction isn’t the only improvement that’s been made for the Tiger Woods PGA Tour 12 game either. According to Ben Dutka over on the psxextreme.com website, EA Sports has also promised a better PlayStation Move experience with the next installment.

Are you looking forward to the Tiger Woods PGA Tour 12 game? What do you think about “The Caddy Experience” feature?