A few days ago I brought our readers an article with a confirmed release date and screenshots, for the upcoming Tiger Woods PGA Tour 12: The Masters game. We now have even more good news, as a couple of trailers have just been released by EA Sports.

As Stephany Nunneley from vg247.com recently reported, the new trailers feature two courses that are featured in the Tiger Woods PGA Tour 12 game. The first trailer shows off the Augusta National course, while the second trailer reveals the TPC San Antonio course. 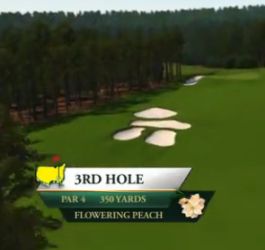 The upcoming game — which as previously mentioned is arriving in North American stores on March 29th and the rest of the world on April 1st — will be made available for the Nintendo Wii, the Xbox 360 and the PlayStation 3, which will also feature Move support.

PlayStation 3 owners will also be able to pick up a PS3-exclusive Collector’s Edition, which will feature five additional courses. You can view the two new trailers over at gamefront.com. I am not normally one for sports-related games, but this does look pretty cool to me.