As if Tiger Woods PGA Tour 13 needed help shifting copies, already being one of the most anticipated games of 2012. Blockbuster has just announced something that is likely to aid them to do just that, as those who intend on pre-ordering the game with the retailer will find they will be receiving exclusive DLC that allows you to play as stars from FIFA 12.

The game is due out March 30th but as CVG explains those who place their order early will have exclusive content in abundance on offer which allows player to play as other sports stars from around the globe as well as Barclays Premiership footballers. One DLC pack features playable characters including boxer Sugar Ray Leonard, Basketball star Dwight Howard, American football’s Marshall Faulk and Ice Hockey legend Jeremy Roenick.

The other pack will feature Premier League superstars including Chelsea goalkeeper Petr Cech, Arsenal’s young speedster Theo Walcott, Manchester City’s work horse James Milner and Manchester United front man Wayne Rooney. The pre-order DLC comes as part of a series of exclusive deals that Blockbuster will continue to offer throughout the year. The retailer’s head of games, James Morton said they ‘are delighted to be able to reveal the pre-order extras that will be available with Tiger Woods PGA Tour’ through their continued relationship with EA.

Blockbuster has had a tough time over the last couple of years with stores being closed down and going into bankruptcy in the US, as their movie rental service was the main focus and is now being offered on so many other platforms. They will be hoping their new found games focus may just change things around, and if this latest offer is anything they’re certainly on course to do so.

What do you think of this offer? You can check out the screens over at CVG by clicking the link above. 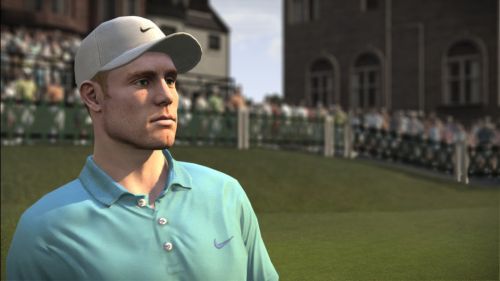