Recently Three UK loaned us the Sony Ericsson Xperia Play to show us just how well the smartphone and Three’s All You Can Eat Data plans work together, after 10 days of usage we have tested out the Play’s many features and we have to say that we are impressed.

Inside the retail packing you get the smartphone, documentation, a standard mains adapter, an in-car adapter, 2 x USB to microUSB cables (for the chargers and PC connectivity), a screen protector and a set of decent-looking headphones (which work as a hands free kit).

In terms of size and weight it is not as thin and light as some competing devices, however those of you who are looking to purchase this smartphone will know that this is a small price to pay for its dedicated slide-out gamepad. The sliver decals on the side are a nice touch and the glossy back cover’s finish is great, that’s said it is quite prone to showing greasy fingerprints and lacks a little in terms of grip, but the curved back cover helps out a little in this particular aspect. The slide-out mechanism for the gamepad is extremely smooth and feels robust, again a little grip on the rear would help when sliding the gamepad in and out, but on the whole we were pretty impressed. The firm-fitting back cover unclips off the Play pretty easily, under here you will see a 1500 mAh battery and a 16GB microSD card, also you will see the SIM card slot. 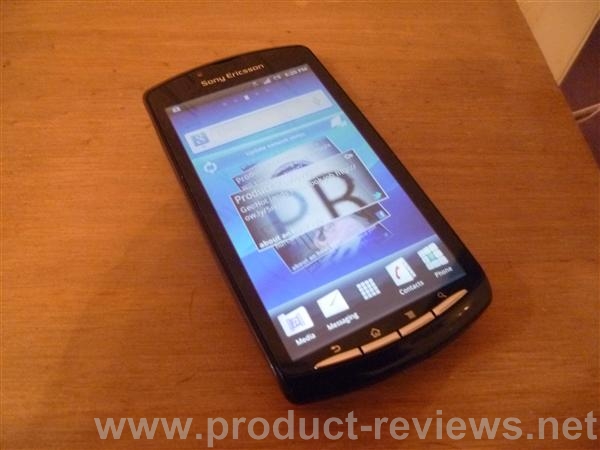 After giving the Xperia Play the adequate first charge we noticed that the time it took to power up was significantly longer than how long than our HTC Desire did, this is a slight annoyance, however in this day and age we do not really turn our smartphones on and off on a regular basis. The first thing we did was download the latest software version (Android 2.3.3), download and installation of this update was as smooth as we had hoped. In terms of pre-installed software the Xperia Play isn’t too bloated, which is nice, you get all of the useful tools and apps you would expect including calculator, alarm clock and calculator etc, also you get all of the basic multimedia software you would expect from a handset of this nature.

As for software which doesn’t come standard to most Android handsets you get quite a few great little apps / widgets, our favourites were Timescape, Google Search, TrackID and Power Control. Timescape and Google Search show up on your main home screen and we are happy about this, you can enter a search query manually or press the mic button to use voice search, we found voice search very accurate and searching terms such as “Manchester United Football Club” and “Sony Ericsson Xperia Play” were recognized quickly and easily. The Timescape widget shows messages, your Facebook news feed, Twitter news feed and Foursquare updates on the home screen, this saves you having to open specific apps to keep in touch with social networking services. As for TrackID this is somewhat like Shazam but once it finds the track for you it displays links allowing you to listen to the track in Spotify (which comes pre-installed), watch it on YouTube, share via Twitter / email / SMS or find out further artist information. One thing which was missing was some sort of Facebook integration. Finally Power Control is one of those simple, but effective apps which allows you to preserve battery life by turning off the backlight, WiFi, GPS, Bluetooth and Sync. Obviously as this is an Android device you also get access to the Android Market, apps which I would recommend following my hands on are Swype (beta for Android), Facebook, Twitter, Angry Birds Rio and Doodle Jump. 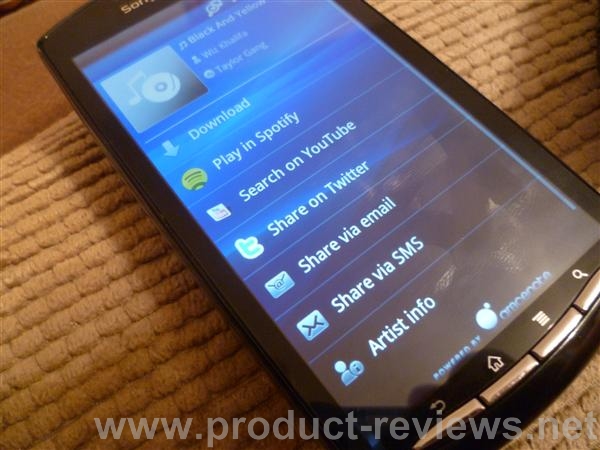 The whole reason for our review was to see how good Three UK’s 3G network performed when using the Xperia on an all you can eat data plan. Currently there are pay monthly and pay as you go options offering all you can eat data, you can check out the Pay As You Go plans here and find out information regarding pay monthly plans here. We have to say that the All-In-One 15 plan is a bargain, it gives you all-you-can-eat data, 300 minutes and 3000 texts for just £15 (which lasts 30 days). In our 10 days of usage we used the Xperia Play in multiple locations and we always had good signal strength, when at home I ran three speed tests via 3G and the image below shows the average connection speed we got, as you can see the speeds are more than adequate for all of your social networking and web browsing needs, also speeds are fast enough to ensure that Xperia Play game titles download relatively quickly. When connected via WiFi the Xperia Play delivered the maximum connection speed which my ISP allows for (10162kbps down / 841kbps up). 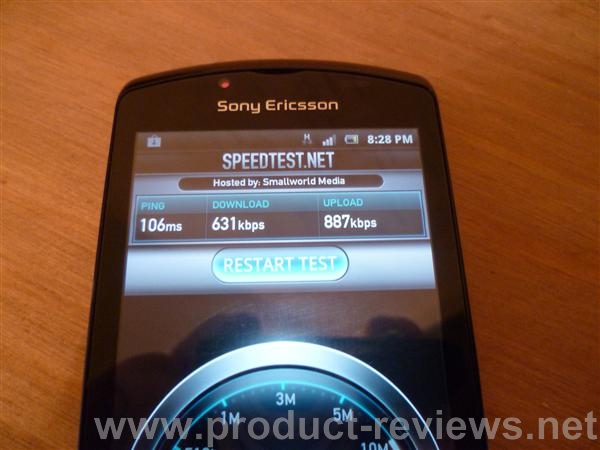 In terms of general phone functionality there is not much to say, we never experienced a dropped call during our tests, and we could hear people loud and clear, also on the other side of the conversation people heard us without any issues and reported no problems with unwanted noise.

With Android 2.3.3, 512MB of RAM and a Qualcomm 1 GHz Scorpion processor the Xperia Play is no slouch, that said every now and then we did notice that it would slow down, installing Advanced Task Killer is a way round this as it terminates programs which are running in the background. If you ignore the slide-out gaming pad the Xperia Play is just like any other recent Android-based Sony Ericsson smartphone, therefore we don’t need to go too indepth about how Android delivers a rich web browsing experience and how the user interface has been optimized to give you a fast and intuitive user experience, the 5 home screens allow you to arrange shortcuts and widgets exactly how you want them, and you are only ever a few touches away from settings etc.

The Xperia Play’s display is instantly noticeable and even if you crank down the brightness it is still great, the colors look rich and the viewing angles and resolution ensure that you get a great viewing experience, in bright conditions you get the glare which all large displays seem to suffer with, however it dealt with this better than the HTC Desire does. As for the camera we weren’t sure how the 5 megapixel sensor would perform, I am by no means great with a camera, however I took still shots in various settings and the only time didn’t really perform was when I took long distance shots in the dark, close ups were assisted by the flash, however things look overly dark if taken from a few metres away from the target. In well lit circumstances we were happy with all of the stills taken, we were however a little dissapointed by the lack of customizable options offered by the camera’s software. The video capture was not groundbreaking, however we were happy with the videos which we captured, again in daylight videos looked great, however in darker scenarios the camera struggled a little. 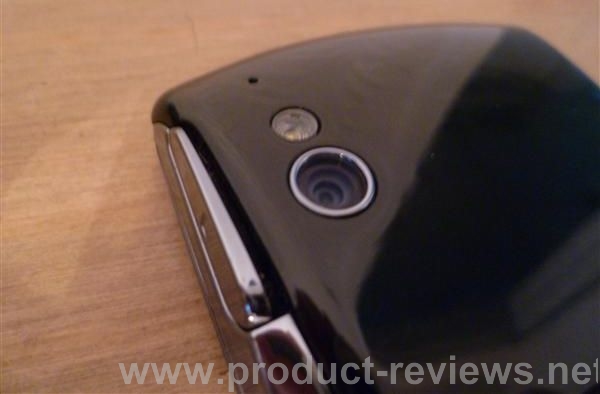 Let’s face it people are reading this review because they are interested in a handheld console which delivers a rich gaming experience, as you would expect the Xperia play’s touchscreen display is very responsive and accurate, which is great for games like Angry Birds, also its built-in accelerometer allows for great movement-based controls for games like Doodle Jump, but what about the gamepad? Let’s start by saying that the gamepad’s d-pad and triangle, circle, x and square buttons are made out of a strong rubber which gives them a comfortable feel, the shoulder buttons are like the PS3 controllers R1 and L1 buttons and they are equally impressive, the things that take some getting used to are the analogue touch joysticks and the general position of your hands. The first time I used them whilst playing Rainbow Six Shadow Vanguard I struggled massively, however after turning the sensitivity up and persisted with the game it got much easier, that said it was nothing compared to using a normal analog stick. At the time of this post there were roughly 250 “Xperia Play optimized” apps available at the Android market, we tried a few but nothing really beat some classic Crash Bandicoot action. After using the Play as a handheld console for a few days we found it just as usable as any handheld console on the market, my large hands weren’t ideal, however to be honest I have never been much of a handheld gamer so I wasn’t expecting it to feel instantly comfortable. 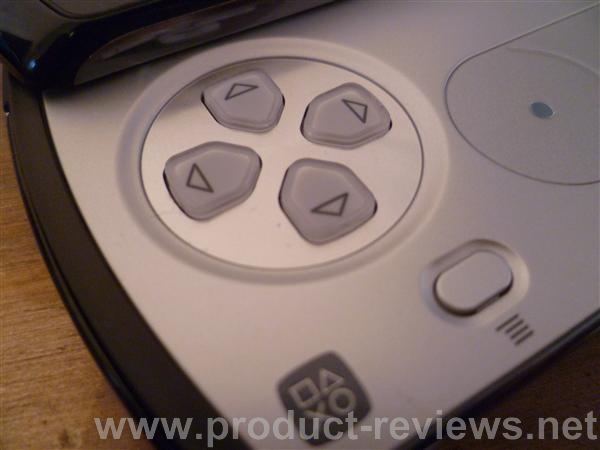 In our opinion the Xperia Play is great, but there are a few things which we would change. Firstly the “Android buttons” below the display could be better, we are not greatly fond with the size and shape of the buttons and the lack of spacing. This sometimes resulted in it being hard to differentiate between the buttons, especially when it was dark as there is no way to see which button was which, obviously over time you get used to the layout, but we think that Sony Ericsson could have perhaps improved this aspect. Another small imperfection relates to the volume rockers and the power button, we found that the it was a little difficult to adjust the volume whilst using the Xperia Play as a handheld console, also when the gamepad was hidden we found that it was quite awkward to press the power button and the volume buttons, quite often when attempting to press these buttons the slide-out mechanism would sometimes kick in, especially if you were using the Play one-handed. Our only other complaint is with the current lack of decent Xperia Play centric games currently available, this obviously is not a fault with the handset, it is down to developers, but we wonder whether if developing titles primarily for the Xperia Play is seen as an attractive prospect for devs, who could instead work on apps which will work on every Android device out there. 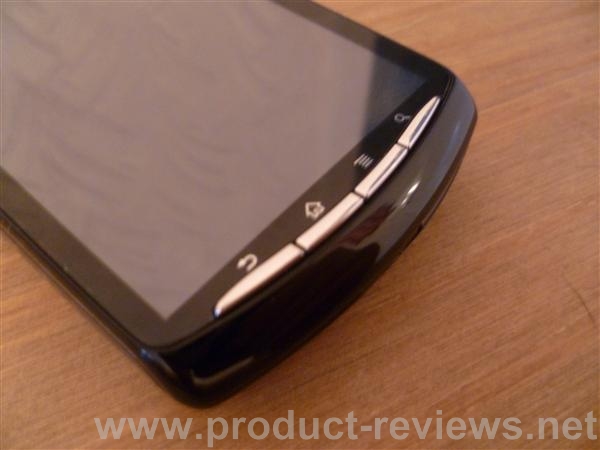 We think that the Xperia Play paired with Three’s all you can eat offerings is a match made in heaven, without high-speed data access there would be a major bottleneck which would affect the Play’s functionality, we certainly think that Sony Ericsson done a great job in terms of physical design, intuitivity and build quality and Android brings this all together, this has certainly set solid foundations for a follow-up smartphone, we just think that such a gaming centric smartphone needs more exclusive games.

Thanks to ThreeUK for loaning us the Xperia Play, we would highly recommend the Xperia play, you can buy yours from Three here. Below we have embedded some more photos of the Xperia Play. 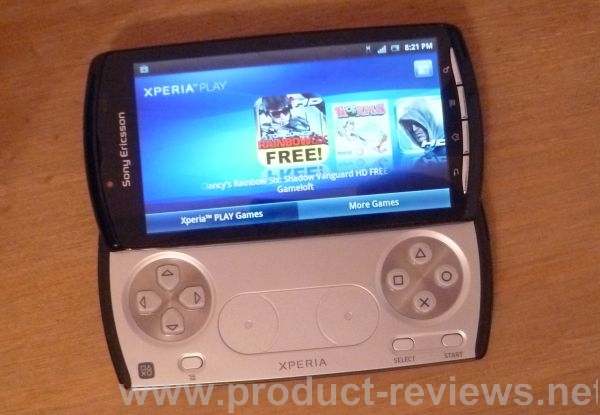 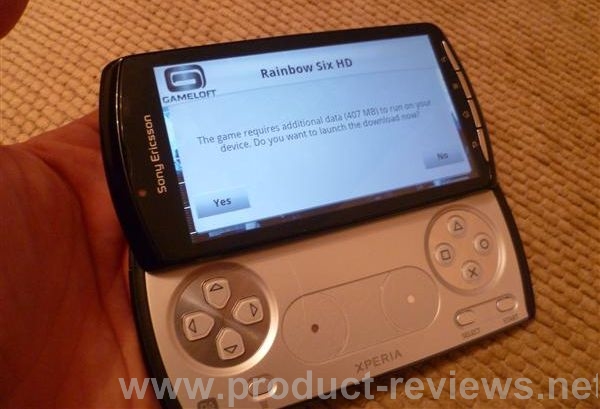 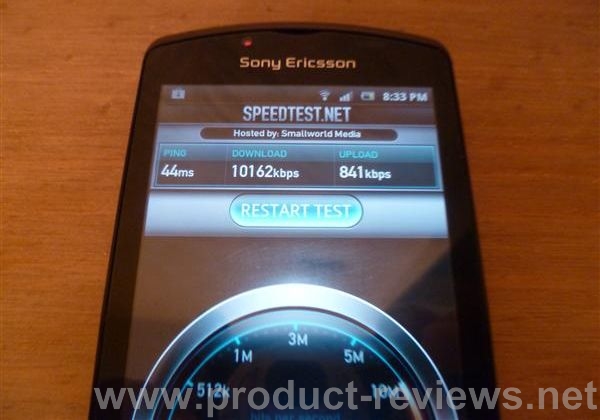 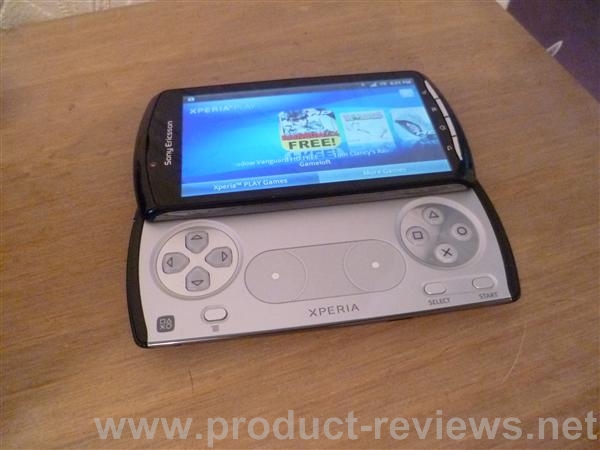 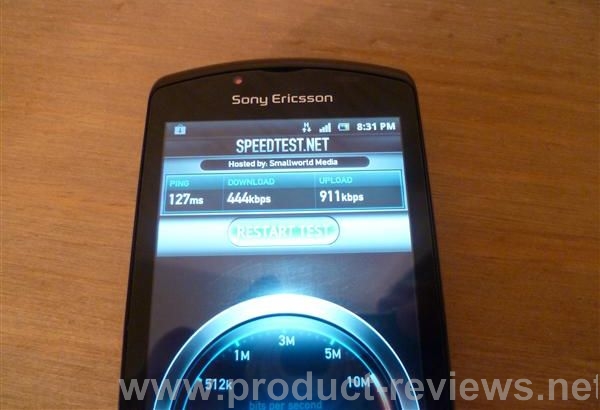 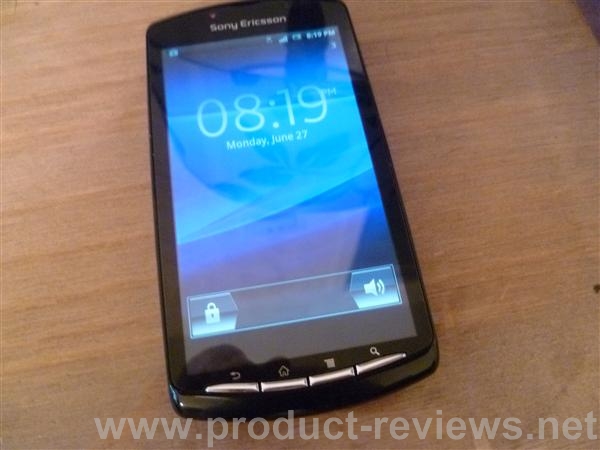 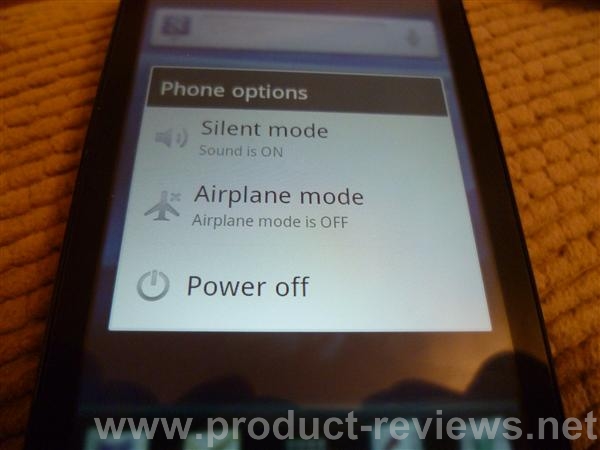 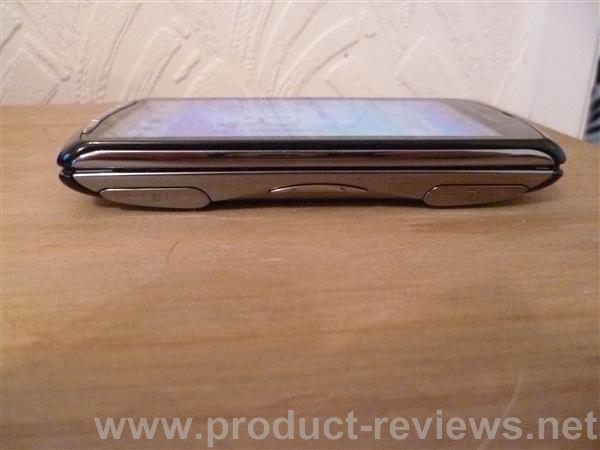 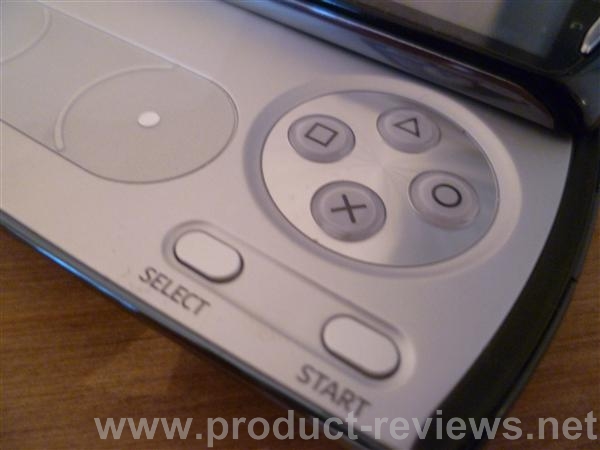 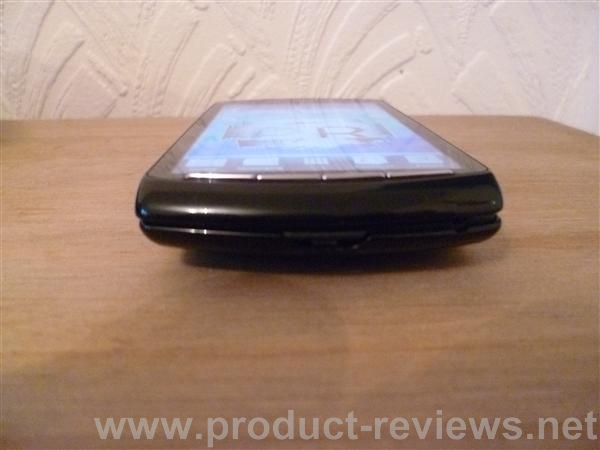 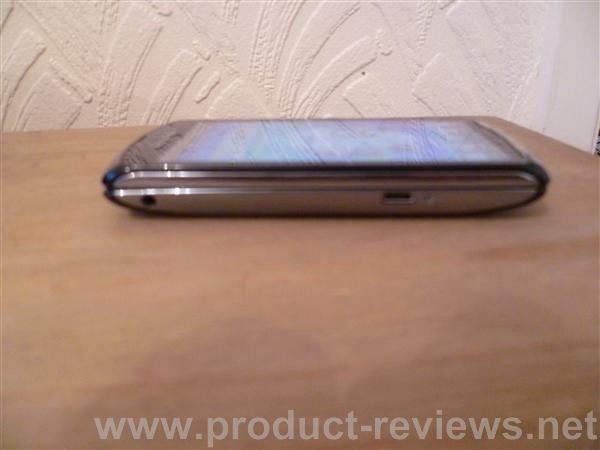