The guys over at Three UK were generous enough to loan us the HTC Sensation for a fortnight to let us get some proper hands-on time with it, usually our hands-ons with smartphones are pretty short, however after two weeks with the HTC Sensation we have had a chance to use it in the ‘real world’ and we must say that this is one of, if not the best smartphones we have ever had the pleasure of using.

When you pick up a smartphone for the first time and turn it on you can tell a lot about a handset, as soon as you pick up the Sensation you instantly feel just how well built it is, it feels solid, slightly weighty and well-balanced in your hand, also if you thought that a 4.3-inch display would make it too bulky, think again. I have averaged sized hands and it felt fine (see image below), one thing which bemused us a little was the location of the power button as it was located on the top right hand side of the Sensation, which we feel favors left handers, we prefer the position of the HTC Desire’s power button. The smartphone’s back cover has a neat design which actually helps you to grip the handset, this is a small, but neat touch. 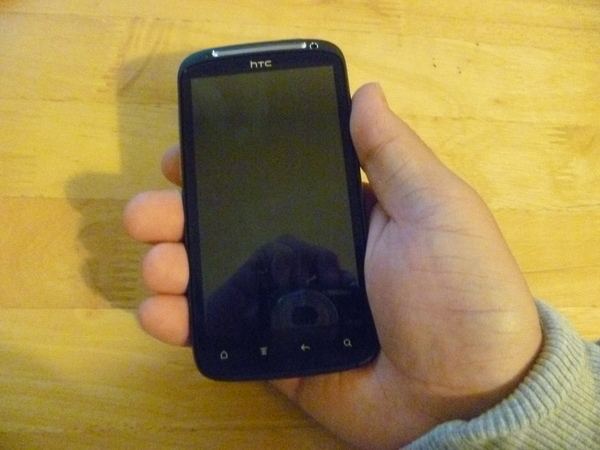 The first thing you do when you get a new smartphone is put your SIM card in and charge it upthe microUSB port on the lower left-hand side of the Sensation is used for charging and data transfer, we like it’s position as it doesn’t restrict you too much when it is plugged into the mains or your PC. When we took the back cover off we were surprised to see that the back cover was not just a simple plastic cover, instead it housed the power button, volume rockers and the phone’s entire outer-edge. Not only this but there were lots of contact points which we later found out make the Sensation’s back cover act as an antenna. On the back of the smartphone you have easy access to the battery, SIM card tray and memory card slot, incedently Three UK give you an 8GB microSD card, which is just as well as the Sensation only features 1GB of internal storage. 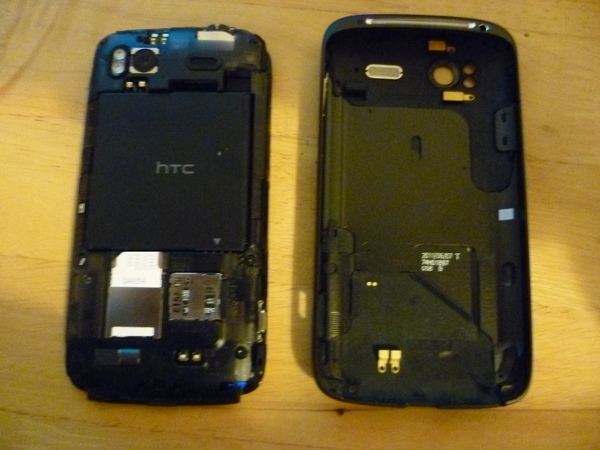 Recently when we reviewed the Sony Ericsson Xperia Play we were a little annoyed by the time it took to switch the smartphone on, the Sensation takes less time to start up than the Play, but we unscientifically tested it out and thought that the dual-core processor would boot up Android 2.3.3 much quicker than the 40 seconds it took. To be honest with you this is no big issue, but it may annoy certain people. 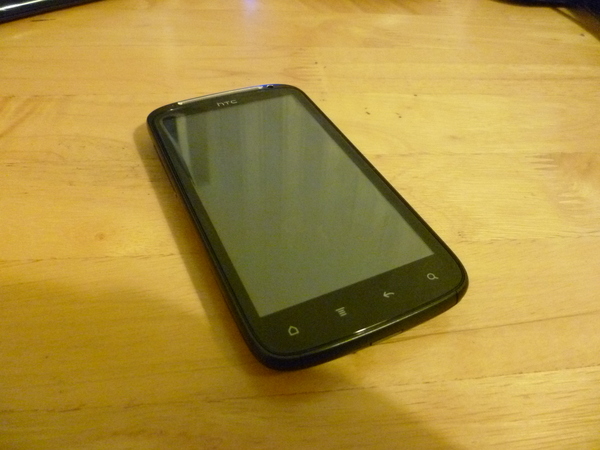 When you first boot up the HTC Sensation and agree terms and conditions you are greeted by a great UI which is provided by HTC Sense 3.0, in our review we won’t really go into detail about Sense as we feel it has been covered hundreds of times by other reviews, we may touch on a few highlights, but let’s just say that Android masked by Sense 3.0 is great, you get 7 home screens which allow for lots of customization, also the different scene choices which come pre-installed should cater for everyone’s needs. 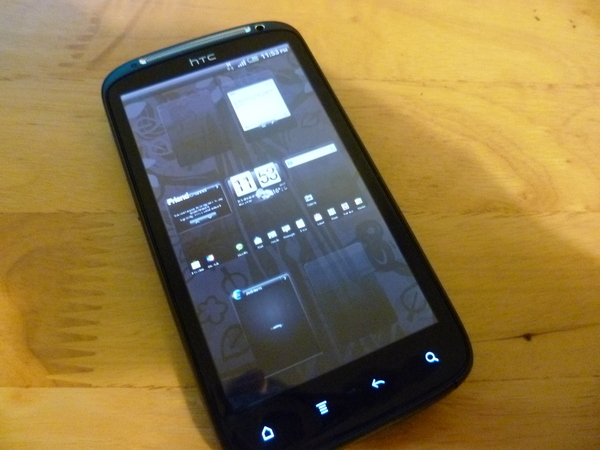 As you would expect you get all of the software which you would expect from a smartphone of this nature, however we were most impressed by a simple app called Transfer my stuff which uses Bluetooth to transfer contacts, SMS and calendar events from your old device to the HTC Sensation, we wrote a dedicated hands on review of this app (which can be seen here), we were impressed by how quick and easy it was to use. 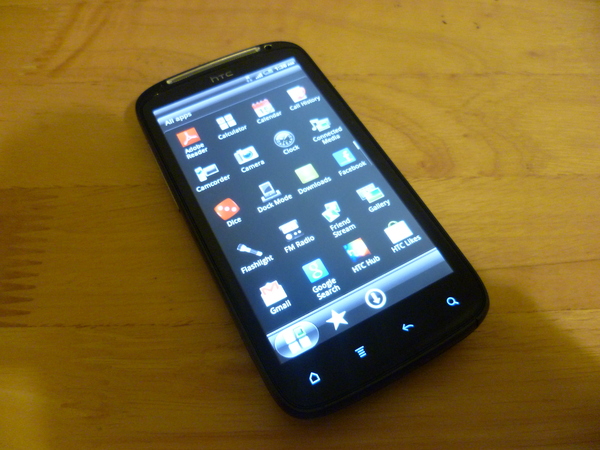 The first thing you will probably test out is the smartphone’s camera and camcorder functionality. We tried the camera out in all sorts of conditions and got mainly great stills. We found that in low-light or extremely close-up scenarios it struggled a little, however in outdoor conditions it delivered great results, we were particularly impressed by the fact that you could take multiple stills in short succession, as you would expect the software allows you to quickly and easily share videos and add effects etc. We feel that the dual LED flash plays a big part in this. All the photos taken in this post were taken by the Sensation’s camera. 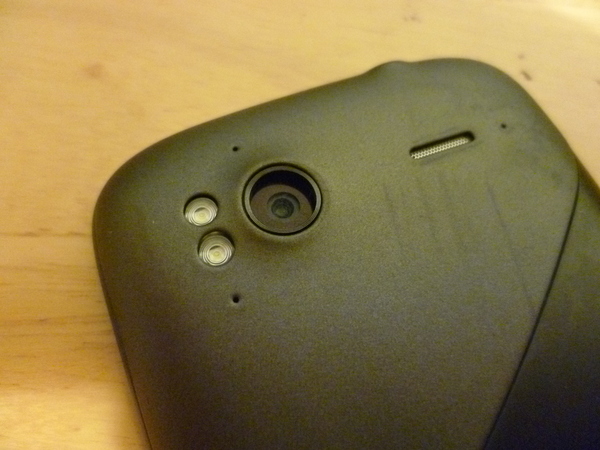 The video capture in our opinion is where the Sensation really excels, the clarity of the videos is in our opinion better than any video we have ever seen a smartphone deliver, again you can add effects, but we think these are a bit of a waste of time as most people won’t use these. No matter what scene we recorded the Sensation delivered fluid results effortlessly. One thing which we did notice is that when you play back some videos you will notice noise captured from the wind, but in terms of video quality you couldn’t really question the HTC Sensation, perhaps some aspects of the captured video could be a little sharper, but that’s us being pedantic. The fact of the matter is that you will struggle to find a smartphone today which records better video than the Sensation. 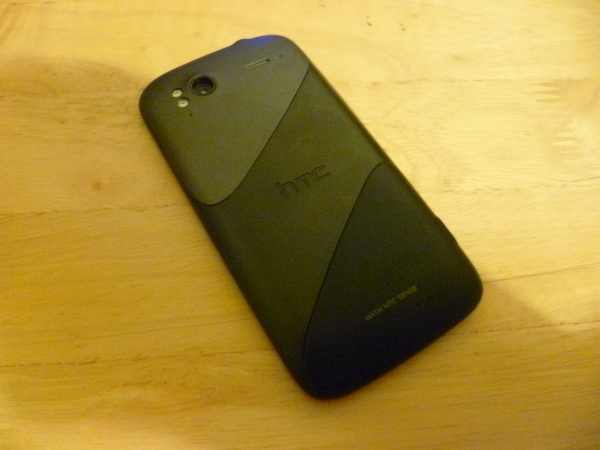 Another thing which is hard to ignore is the vibrant display, we actually found that you didn’t need to have the display at full brightness most of the time, the display did struggle a little in outdoor conditions (unless at full brightness), but let’s face it this is a problem which no smartphone has truly overcome. The 960 x 540 resolution ensures that you see lots on the Sensation’s display without having to pan around, this is great when scrolling through contacts, reading long emails and viewing websites, also videos look great. Personally without such a high resolution we think that it would have hampered such an impressive smartphone. Viewing angles are great to. 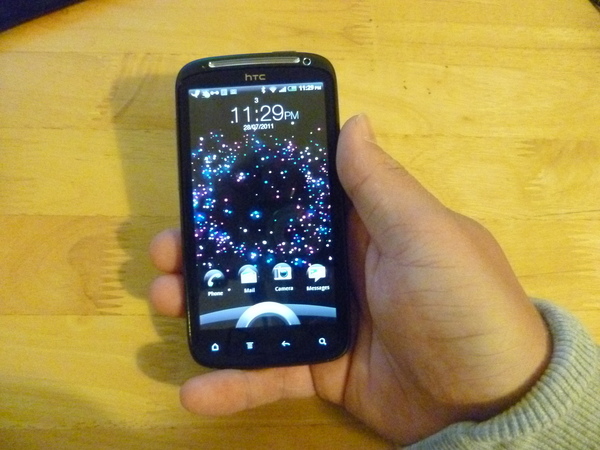 The real reason we are testing out the HTC Sensation is to see how such a powerhouse of a smartphone combines with Three’s 3G network, we tested it thoroughly for two weeks and as we expect Three did not let us down. We have embedded a video below which shows just how good the network and smartphone combine to deliver a rich web browsing experience, please note that there was no active WiFi connection and pages weren’t cached, this test used the 3G connection alone and as you can see it really left us thinking – who needs 4G?

In terms of general usage we can confirm that the touch screen display is both accurate and responsive, when making calls your caller’s voice comes out loud and clear and we are told that the Sensation’s mic sounds loud and clear, we thought that the speakerphone was great to. Battery life depends heavily on how you use the Sensation, the day where we tested out photo capture, video capture, game performance, video playback and web browsing etc took its toll on the Sensation’s battery, however once the novelty wore off and we used it for standard day-to-day usage we could easily get almost two days from a single charge. The fact of the matter is that the HTC Sensation does not need to be charged every night, however if you plan on shooting 1080p video multiple times a day, playing it back and then playing games for hours on end you may have to.

There are lots of great things about the HTC Sensation, so much so if Apple made Android handsets we think they would be proud of the Sensation. In terms of camera, display, battery life, video capture, performance and build quality we would say that HTC has almost delivered top marks, but that said there is always room for improvement. The power button location is odd, and close-up photos sometimes disappointed, also if you constantly have WiFi on you may notice that your battery doesn’t last much more than a day, but with Three UK’s super-fast 3G network you won’t need WiFi turned on for data-intensive tasks.

You can buy the HTC Sensation from Three here, if you agree a two-year contract it will cost you from £30 per month, or if you prefer you could buy it outright for £449.99 and get an all you can eat data plan, the choice is yours.

Below we have embedded a few more photos of the HTC Sensation. 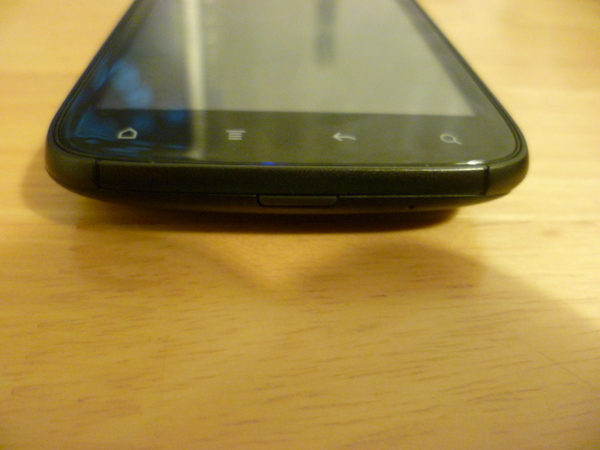 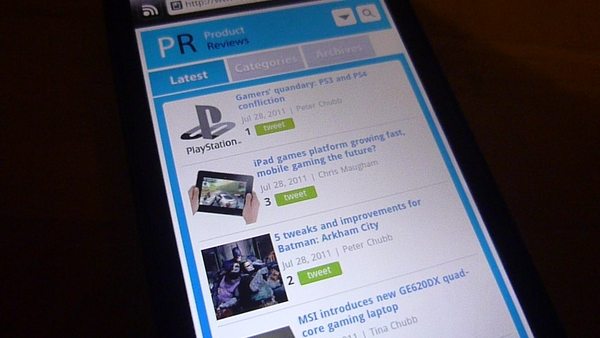 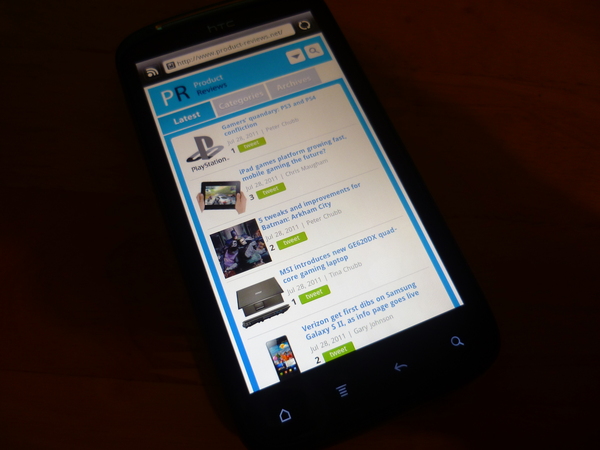 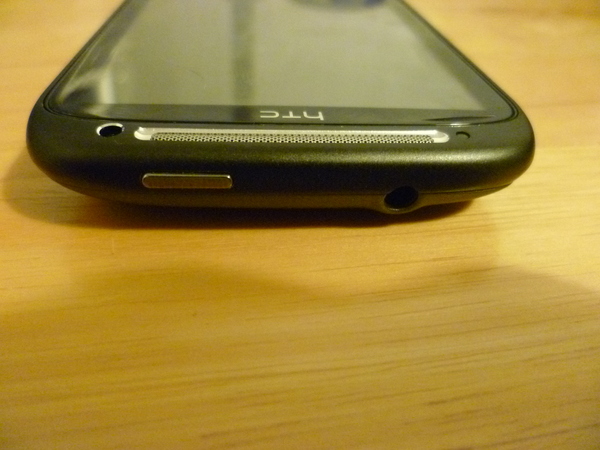 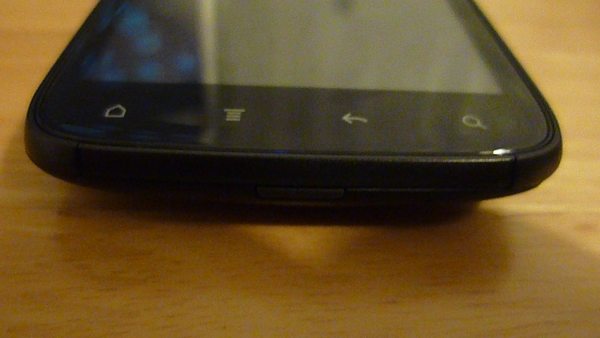