This article has since been updated with a heat map showing where the Three Mobile UK network is down today, especially in regard to the outage hot spots. We have been getting several reports this morning about an ongoing issue regarding Three UK data connection problems on October 2.

Specifically, many users have told us that they have no Three UK 3G, or 4G connection today in several areas of the UK and keep losing their signal.

As far as we’re aware, this appears to be a surprise issue as the official Three UK twitter page states nothing about a potential loss of signal today. 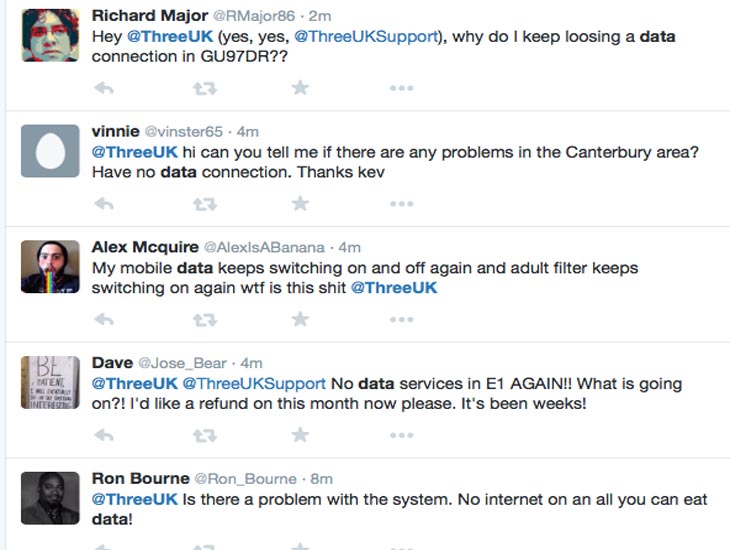 You can see confirmation that Three UK is down today for many users with live feedback coming in by the minute above.

Affected areas include Scotland and England so this could be a nationwide Three UK outage for October 2 which is ongoing right now.

We’ll update this with the latest Three UK service status messages once Three UK acknowledge. In the meantime, give us your feedback on if you have encountered any loss of data this morning in your area. 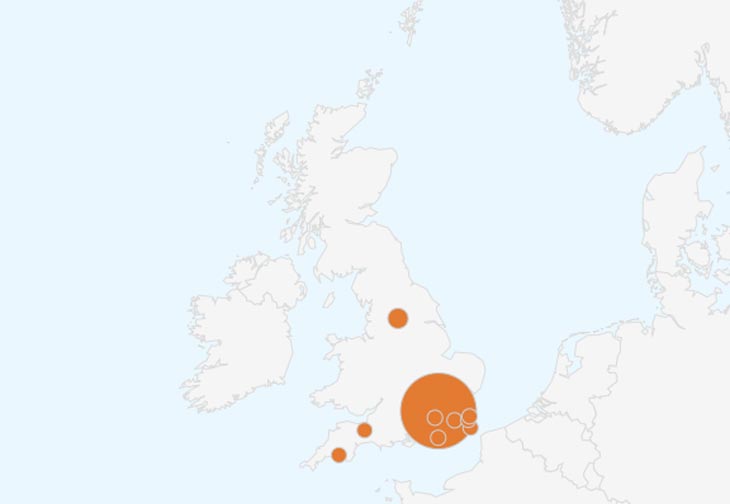 Update: Take a look at the hot spots above that show where the majority of complaints are coming from. This reveals where people are having problems with Three Mobile’s UK network today, so if it’s down for you too in these areas we’d love to hear in the comments.

Update 2: A spokesperson for Three UK contacted us with this comment, “Internet services have now been restored for affected customers.”