The Thorpe Park 12p tickets will launch on March 25th at 10am and follow a similar promotion for 11p Diggerland tickets, although additional server capacity will be needed to handle expected demand and stop thousands of complaints on social media.

UPDATE: YOU WILL NEED THE PROMO CODE IN THIS ARTICLE.

Some people felt upset enough to call the whole process “a con”, even if these claims aren’t backed with any facts. The reason such claims were made had been due to hundreds of families trying to get these cheap tickets from the second they went live at 10am, but were left spending the best part of a day watching a white page and then in time a Diggerland website maintenance message. 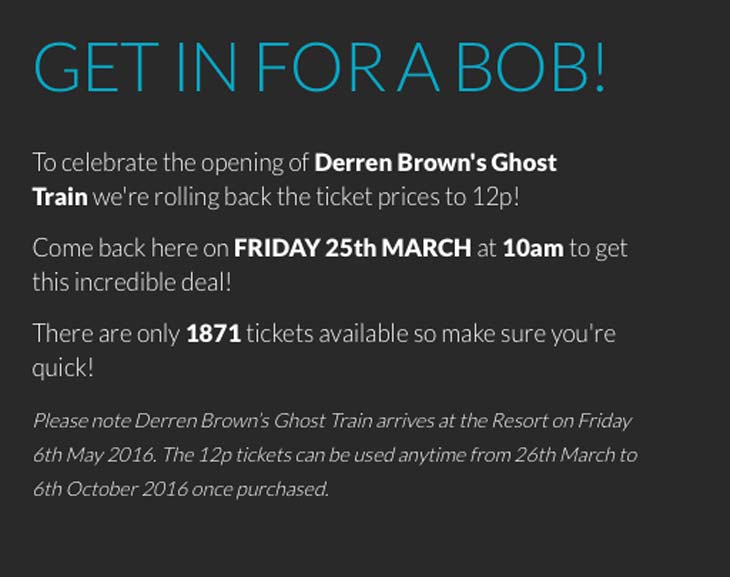 As you would expect, right now you can see all details without any problems at thorpepark.com here in regard to the 12p tickets. When 10am on March 25th arrives, users are expecting server crashes again, tickets to be sold out in minutes, and some still claim “there wasn’t any on sale anyway for the last promotion”.

We’ve reached out to those behind the Thorpe Park website to find out what preparations are being made before the 12p ticket sale. There hasn’t been a response at the time of publication and any statement we receive will be found below.

Will you try to get Thorpe Park 12p tickets on the 25th?