The Witcher 3 patch 1.08 saw its notes revealed right at the end of last month, although the release date for the changelog to be pushed live is almost certainly falling within the first half of August, 2015. We are expecting the fixes to add up in the terms of file size, just as we saw with the last update, and this includes PS4 along with Xbox One.

If you missed the changes within The Witcher 3 1.08 patch notes, then take a look below to see what’s fixed and new features for gameplay, graphics, quests, and achievements. With the latter, you will be happy to know that “achievements are now working” again after a few problems with unlocking once requirements were met on PC. 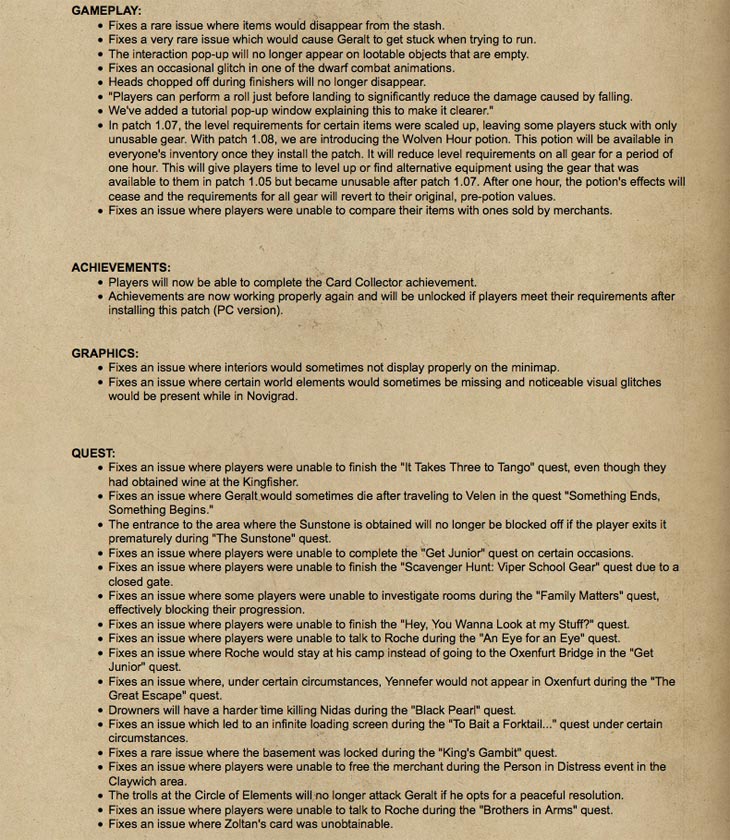 We also note extensive The Witcher 3 quest fixes in patch 1.08, which no doubt most players had experienced at some point when playing through the story. Personally, we run into problems at the Family Matters quest and weren’t able to finish the “Scavenger Hunt: Viper School Gear” quest, although both of these are now fixed within this Aug update.

The Witcher 3 patch 1.08 release date – this update hasn’t been given an exact day of release, but Community Lead Marcin Momot stated it will be “quite soon”. This statement released at the end of July, so taking comments made by Momot in the last few days as well, you can expect the update to be pushed out within a matter of days. 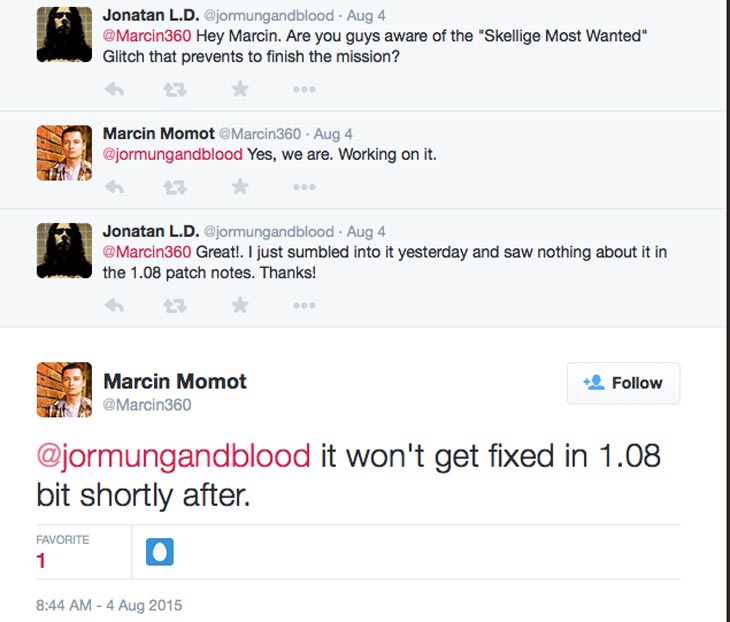 There’s plenty of problems not receiving a fix like the “Skellige Most Wanted” Glitch, which prevents players from finishing the mission. As you can see in a tweet by Momot this week, that glitch “won’t get fixed in 1.08”, but it will “shortly after” and maybe in 1.09. What Witcher 3 problems do you have that won’t be fixed in patch 1.08?