The Witcher 3 does not launch until May 19 globally, but inevitably we can see the first confirmation that the street date has once again been broken by retailers.

As a result, The Witcher 3 live stream gameplay has been popping up already over on Twitch, even forcing Twitch to issue an official statement reminding that footage broadcast before the ship date will be removed. 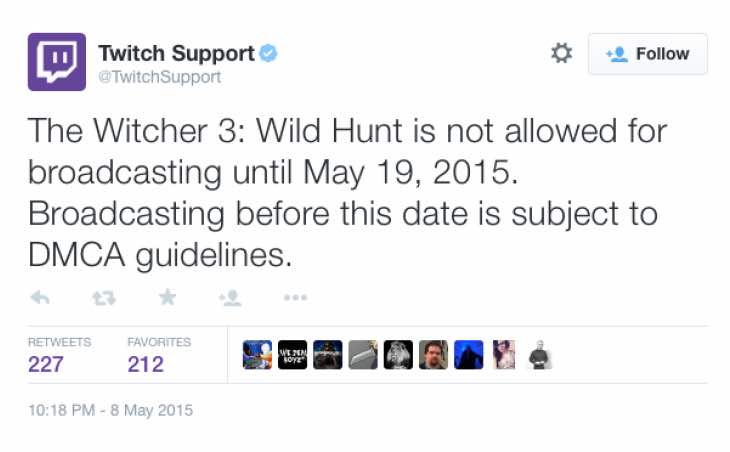 We know that footage is being circulated already, as there’s still some videos floating around online. We’ve added one below from GameOnlineDaily, but don’t be surprised if it is removed soon.

The question is, do you know of anyone who has a copy already? We don’t blame anyone for playing early, as the temptation must be so high!