Those of you who are planning to pick up the highly anticipated The Witcher 3 game on PS4, we have a word of warning to you. The game is not due out until May, but it looks like we could already have a solid heads-up on the Witcher 3 file size on PS4.

We already know that the game is going to be ideal for those that played and loved the likes of Skyrim and Dragon Age Inquisition. 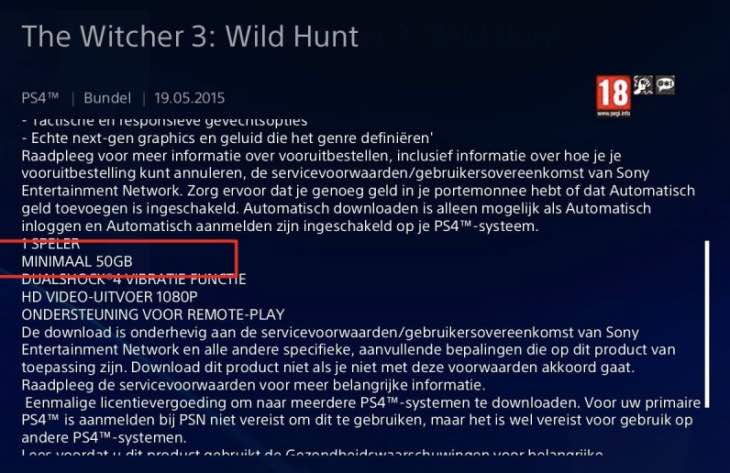 That means that the game could even exceed 50GB, which as far as we’re aware does not happen very often for PS4 games – with many usually just coming under the 50GB mark.

The evidence comes from a screenshot from the digital version which has been captured from the Dutch version. It clearly lists 50GB minimum as the file size, so if you are coming close to maxing out your HDD and plan to pick up this game – you best make preparations.

Are you surprised with the file size, or happy about it as it means that the game is going to be massive in terms of content?