The Witcher 3 has once again been the subject of downgrade claims. The game from CD Projekt Red is launching soon on May 19, but that hasn’t stopped some potentially damaging images being the main point of discussion on social media.

We say damaging, but in this case it looks like gamers are not even bothered in the slightest if the graphics have been downgraded or not.

The Witcher 3 is looking so good in its current state that we see many gamers say that they don’t care if a downgrade has been confirmed from 2013 builds of the game. 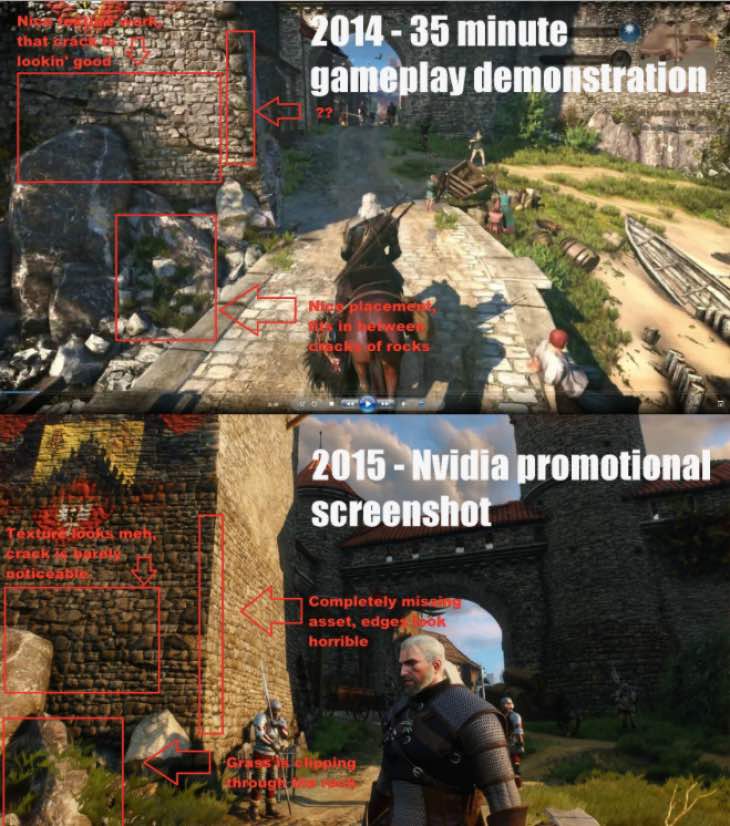 You can see the images which everyone is talking about here – simply zoom in to see the comparisons up close. We’ve added some samples here to give you an idea, which basically confirms that the graphics do not look as good as they did during initial reveals.

Then again, isn’t this the common practise now? Many game developers are all guilty of using the same tactics in the build-up to a big launch – Watch Dogs a prime example.

It’s nice to see that common sense appears to have prevailed in the case of The Witcher 3 though. The graphics are still looking very impressive on all platforms and this time gamers are not concerned that it will ruin their final experience of the game.

Are you worried about a downgrade, or far too excited about how good the game still looks?