Earlier we spoke about the status on The Witcher 3 console updates, but now it is time to switch our attention back to the excellent free The Witcher 3 DLC on PS4, Xbox One and PC program.

As most of you should know by now, CD Projekt Red made the brilliant decision to give away 16 pieces of DLC, absolutely free and without any catch for all versions of the game.

We’ve already had the 1st pack which consisted of the Horse Armor and Beard items for Geralt, but now we have confirmation that the Witcher 3 DLC 2 is going live this week as well. 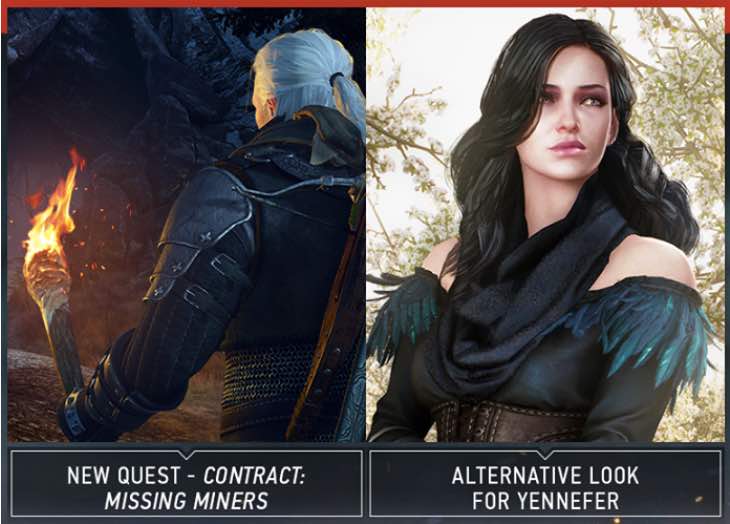 This has been confirmed on the official Facebook page for the game and it reveals that players will be getting the Witcher 3 Missing Miners contract, as well as a new Yennefer alternative costume.

While the new contract sounds great, we have a feeling that most of you will enjoy the new look Yennefer more. You can check out a preview of how she will look in the image above – pretty good we’d say.

There’s no exact date on when it will be released, but since it’s due this week you won’t have long to wait until it’s live. Give us your thoughts on the next two packs below.